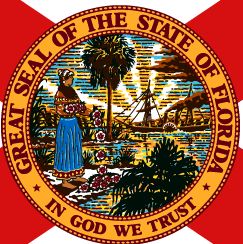 Hopes had risen towards the end of 2013 that the question of changes to Florida’s complex gambling laws would finally be dealt with during the present legislative session. However, it now seems more and more unlikely that any amendments will be made to the state’s legislation to open the way for the development of Las Vegas style casinos.
The topic of introducing changes to existing laws to allow types of gambling that are illegal at present in Florida was the subject of several senate hearings over the past year but no decisions were made. Not even the publication of a detailed report on gambling said to have cost 400 000 dollars has helped to bring the question of gambling reform onto the state legislative list of priorities for the current session.There are several possible reasons put forward to explain the reluctance to deal with the gambling issue at the moment.
One of these is that a change in the laws to permit more types of gambling in Florida would require a referendum on the proposed constitutional amendment. Regarding a referendum, several have taken place in different counties in the state to allow gambling on slot machines at certain racetracks or other venues where some types of betting are permitted. However these referenda have been dismissed as having no weight legally unless changes are made to the state’s laws. Another reason being put forward to explain the lack of progress on amendments to the gambling legislation is the fact that next year an agreement with the Native American Seminole Tribe which runs casinos in Florida is due to come to an end.
Under this agreement the state will have taken in about 1 billion dollars over a five year period in return for granting the Seminole tribe the exclusive right to provide certain games including blackjack and baccarat in its casinos. It has been reported that the Seminole Tribe hopes to extend this agreement with the state for some years after 2015 and this may cause major difficulties if any future amendments to legislation were to allow Las Vegas style casinos to be constructed in Florida.
By admin|2014-05-27T12:24:40+00:00February 4th, 2014|Gambling|0 Comments