Roulette: All on Red 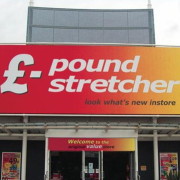 In scenes that could belong in a film although more a comedy than a drama, two shop employees in the United Kingdom took the business’ daily takings and bet it in a casino. Poundstretcher workers 19 year old Kieron Trott and 48 year old Christopher Cameron were left in charge of the shop in a Sunderland Retail Park. They were to lock up the shop and go to the local bank to lodge the day’s takings. Somewhere along the line the duo thought it would be a good idea to go to the bank via a casino!

Wagered all on red

The workers took the shop takings of £3 380 and instead of going straight to the bank they decided to see what it might be like to gamble on red. They were seen changing the money for chips and heading to a roulette table. They only bet on red but unfortunately for them the roulette wheel kept stopping on black. Within a very short time the whole £3 380 was gone. Then they rang their boss in Poundstretcher to tell her what they had done and to ask her to call the police. At first their boss thought that they were joking but it turned out to be very serious for the pair involved.

From the casino to court

Their trip to a casino in the hope of doubling the day”s takings and keeping the extra amount themselves didn’t lead to any big win but to them losing their jobs and ending up in court. The casino incident happened last October and both men resigned from their jobs at Poundstretcher immediately after they lost the company’s money. According to Christopher Cameron’s defence in court, he had never been in a casino before the incident. Kieron Trott’s defence declared their attempt at gambling “an act of gross stupidity”. Trott and Cameron were ordered by the court to do community work, 100 hours for Trott and 66 for Cameron. They also had to contribute towards court costs and will have to repay the money they gambled.

A possible source of inspiration?

Even though Trott would have only been 9 years old in 2004 their inspiration may have come from a television programme shown that year although “gambling on red” is also a fairly common theme in films featuring casinos. In 2004 a British professional gambler Ashley Revell took part in a reality show called “Double or Nothing”. He sold everything he owned and then took his 135 300 dollars to the Plaza Casino in Las Vegas. He placed the whole lot on red and after a very tense few seconds as the roulette wheel turned, he won! He left the casino with 270 000 dollars having given a 600 dollar tip to the dealer. No matter where the Poundstretcher workers got the idea it just led to a loss of their jobs and court for them.