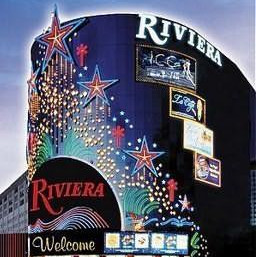 Closed to the public since May 2015, the mythical Riviera hotel casino is now part of the past with the demolition of its last tower on the 16th of August. With many celebrities passing through its doors over the past 60 years including those from Las Vegas’ hey-day, the casino is taking a major part of “Sin City’s” history with it.

A symbol of the Belle Epoch

It’s said that everything passes with time … and this seems to be true for even the greatest casinos. Built in 1955 in the early years of what was to become the world’s gaming capital, the Riviera Casino soon became one of the most sought after places for casino games fans and also American celebrities. Towering over the Strip, the building with 2075 rooms, 4 restaurants and luxury bars was also the famous street’s first sky scraper. It was renovated in 1999 but just like many others, the complex had to cope with the economic downturn that has decimated the Las Vegas casino scene over the past few years. So despite several efforts to keep it afloat, the casino had to finally close its doors in May 2015.

So it’s now a little over a year since the building was demolished. Blown up from the base with dynamite, the casino and the Monte Carlo Tower, all that remained of the building, collapsed and disappeared from the city’s skyline. The Riviera bade its final farewell to players and the city’s other inhabitants on the 16th of August 2016 at about 2.30am.

The end of a mythical place

Along with attracting numerous players over its six decades, the Riviera Casino was also the setting for several hit films. In 1960 some of the most well-known scenes from the film “Ocean Eleven” (1960) featuring Frank Sinatra were filmed in the casino’s sumptuous rooms. In 1971, Sean Connery as the most famous British spy filmed several scenes from the classic “Diamonds Are Forever” inside the Riviera. Then in 1997, the casino’s blackjack tables were once again to the fore in the hit comedy “Austin Powers”.

However players may console themselves by playing in the online casino with almost the same name, La Riviera Casino, with its many casino games but which unfortunately doesn’t have live dealer tables.