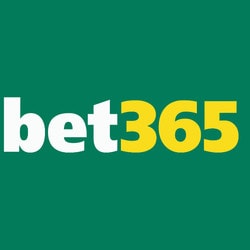 Having increased its presence in the Premier League over the past few years, Bet365, the English online bookmaker, has decided to concentrate this year on one of the other European football championships with strong potential: LaLiga (Editor’s note- The Spanish Football Championship). For the next season, the company will be present at most major events thanks to sponsorship contracts signed with 10 of the most important clubs in the Spanish D1.

It’s not just 2 or 3 but 10 different Spanish clubs that Bet365 will accompany during the 2018-2019 football season. The British bookmaker is doing everything it can to build on its visibility and its brand image internationally. No amount has been revealed but one can imagine that colossal sums were involved in this business deal. LaLiga is one of the most followed championships in the whole world and advertising contracts linked to its different teams are often very high. This is even more so because Bet365 chose its partners carefully. The sponsored clubs are all at the top of the league. These include Athletic Bilbao, Espanyol de Barcelone, Real Valladolid, Getafe and Real Betis among others.

The contract doesn’t include Bet365’s logo on players’ jerseys but on the clubs’ internet sites, on their social media pages and their buses as well as in the stadiums.

For Bet365 these sponsorship contracts have come in to play following the English team Stoke City’s demotion to the second division. As this team’s main sponsor, the British bookmaker had to find new means of gaining publicity in order to continue ensuring its brand visibility in the very popular area of European football. Along with this Bet365 had to react adequately to its competitors. The company wasn’t able to sign a partnership deal with the 3 top LaLiga clubs (Real Madrid, FC Barcelona and Athletico Madrid) because it was beaten to it by other bookmakers. Barcelona, the title champions is linked to Betfair, Codere sponsors Real Madrid while Athletico Madrid has a partnership with Bwin along with Valence. Betway is operating as LaLiga sports bets this season with three clubs: Levante, Alaves and Legabes.

With the huge amounts involved in these business deals and the risks of corruption that these could cause, more and more European states are trying to limit them as much as possible. This has happened in Italy which recently banned any form of advertising linked to online gaming in the sports sector. In the United Kingdom things are also moving in this direction, even if up to last season 9 out of 20 Premier League teams were sponsored by sports betting companies. In the Champions League, 17 out of the 24 teams involved in the last competition were under contract to online bookmakers…