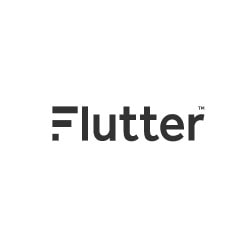 Evolution Gaming, the giant of live games, has just signed a partnership agreement with Flutter Entertainment group, a group born from the merger between Paddy Power and Betfair. Thanks to this new partnership, the gaming platforms of these two online groups will soon be part of Evolution Gaming’s games library.

This is a big step forward from Evolution Gaming, which multiplies its partnerships in recent months

Under the terms of the agreement between the two groups, Evolution Gaming  will provide its live games library to the platforms of the two brands of Flutter Entertainment group. This includes its blockbusters and its more recent games, including TV- show games, such as Deal or No Deal, Lightning Roulette,  Monopoly Live and  Dream Catcher.

The several live roulette tables available in different languages are also included in this agreement. This particular range of games was specially designed to help players who do not understand English. They are key games which provide very good information on its level of quality and its ability to innovate. For Sebastian Johanisson, Evolution Gaming’s Business Manager, Flutter Entertainment has similar goals.

An advantageous deal for Flutter Entertainment

Evolution Gaming is without a doubt one of the best when it comes to designing games with live dealers. The fact that it now powers these groups will allow them to reach a new entertainment level.
In his statement, Mike Phelan, commercial director at Paddy Power acknowledged that Evolution Gaming has performed an outstanding role in recent years. He expressed his joy to include Evolution Gaming’s amazing games to his games library.

This deal with Flutter Entertainment follows several other major partnerships recently agreed by Evolution Gaming. These include a recent partnership with Scientific Gaming, another US publisher. Evolution Gaming succeeded being accepted by the US complex gaming industry.

Active in Nevada and New Jersey since 2018, the publisher continues to grow in the US through new partnership agreements. It was granted a few weeks ago a license from the Pennsylvania Gaming Control Board. Thanks to this license, it may provide live games to Pennsylvania’s online casinos and help its land-based casinos.

Since its creation Evolution Gaming’s goal was to succeed. Unlike some suppliers who work in many fields, it only focuses on live dealer games. Its games are a must and excel in innovation.