Skip to content
Home/Dublinbet, Live roulette/Live selection of the 3 top roulettes from Dublinbet

Live selection of the 3 top roulettes from Dublinbet 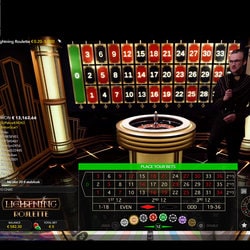 For several years, Dublinbet was ranked first in our Live Dealers Casino online reference guide. A real pioneer of live gambling, Dublinbet built a strong reputation among casino players, either high rollers, beginners or casual players. This online casino won the hearts of players with unexpected service in the igaming world.

Its e-reputation is perfect with a complete service to players and amazing payouts. Thanks to its potential, live Dublinbet provided to the general public Authentic Gaming’s roulettes since it was one of the first to believe in the potential of this software specialized in live roulette games.

A real live game icon, this online casino provides several live roulette tables on casinos and studios. Here is an analysis of the three best roulettes we recommend playing on Dublinbet.

Launched with great fanfare at ICE 2018, Evolution Gaming’s Lightning Roulette reached the hearts of online roulette fans. This roulette is not like the others since it is semi live-semi RNG. The game takes place in a studio animated by a real dealer. In almost two years of existence, it has dethroned Immersive Roulette which held the first place of roulette hits.

Lightning Roulette has several advantages. The first is that players can win up to 500 times their bets. When you know that on a traditional roulette table a bet on a full number allows you to win 35 times your bet and that on Lightning roulette you win 14 times more, there is no comparison.

The other great advantage is that the game is fast enough because unlike tables filmed live from casinos, there are no players. As for the setting and atmosphere, players are in a gaming environment similar to the one in real casinos. Lightning Roulette is a flagship game on Dublinbet as well as casinos equipped with Evolution Gaming games.

Authentic Gaming exclusively revealed us that Blaze Roulette was its most popular game table. This is why this game is available day and night and that it is 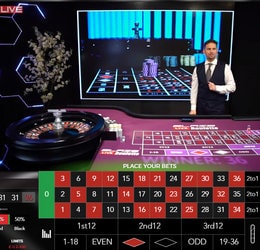 since a few months a themed game.

If you play Blaze Roulette, you will be taken to a “Bollywodian style” studio. Some weeks ago, the setting’s theme was Halloween.

This themed roulette is a real success that can be explained by a pleasant playing environment, with bets starting with just a few cents, HD images and a fast live streaming. It is not by chance that the Genting group purchased   Authentic Gaming for 15 million Euros!

Authentic Gaming table games were installed on Dublinbet casino, one of the first live casinos to promote them. 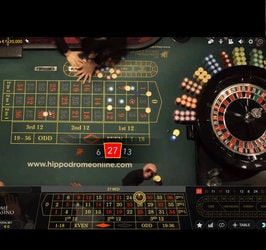 This London roulette is somewhat different from the previous two because it is in a genuine casino, the London Hippodrome Casino. If you go to Leicester Square some meters from M & M’s World Store, you’ll find a huge casino with a chariot and 2 horses’ logo.

A roulette table is broadcasted live to users with an account on Dublinbet (as well as other casinos also like Lucky31 to name only him NDLR). Evolution Gaming’s technology allows this technological achievement.

The progress of the game is slower than on studios live tables because there are players sitting around the table. Thus, the dealer must change the notes in chips and pay the payouts.

This takes time but the player quietly installed at home can end up in a real casino and play in the presence of customers.