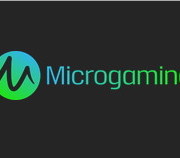 Microgaming is well-known for its exciting new releases with excellent graphics and sound systems. The new releases for the month of February are available this week from Microgaming and they follow in the footsteps of recent very attractive games from the Isle of Man based software developer and provider. The release of the three new slots from Microgaming has been carefully timed to match the slot theme with a calendar event in 2015. There is a Chinese themed slot, Lucky Firecracker, a Hollywood cinema themed slot, Golden Era just in time for Saint Valentine’s Day on the 14th of February and the other new release for February is a sports themed slot, Cricket Star, released to coincide with the Cricket World Cup. Microgaming is also releasing some updated slots such as its famous Loaded game.

Microgaming is releasing its Chinese New Year themed slot, Lucky Firecracker in plenty of time for the Chinese New Year which is on the 19th of February this year. This celebration is also known as the Spring Festival and the Lucky Firecracker slot from Microgaming includes many images linked to the festivities and is sure to be popular with Chinese as well as other online players. The firecracker is a symbol of getting rid of bad luck and of welcoming good luck for the New Year. All players whether on mobile devices or a PC will enjoy this slot as it offers them 243 different ways to win. Players can gain up to 15 free spins and the highest jackpot of 90 000 coins is waiting for a lucky Lucky Firecracker player.

The Golden Era slot from Microgaming has very attractive, vintage images from the Golden Era of Hollywood films. Elegant graphics encourage players to try their luck on another slot with a chance to win a top jackpot of over 100 000 coins. Golden Era has stylish graphics that bring players back to the greatest time in the history of Hollywood while also offering them up to 12 free spins and other ways of winning in its bonus selection. A perfect way to celebrate Saint Valentine’s Day!

A slow sport but a quick slot!

Cricket is often looked on as a slow sport by those who know little about the game but Microgaming’s exciting slot Cricket Star may change that impression. The slot has excellent graphics that bring the game to life and there is the opportunity to win free spins and a massive top jackpot of more than a million coins. The company has timed the release of this sports themed slot to link in with the Cricket World Cup that is being held this year.