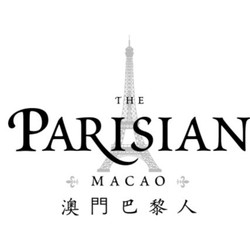 Looking at the figures for 2016, it is easy to think that the decline in revenue for Las Vegas Sands is due to the Parisian Macao. This isn’t the case as the Macau market rebounded towards the end of the year. It is not possible to get a clear picture without looking at all the results across the Sands properties. After doing this, a clear picture can be visualized.

The Sand’s offers a few reasons for the decline in overall profits and revenues. One reason cited is the opening and operating costs for the Parisian Macao. Another is the need to spend heavily on “non-operating” costs. This refers to fines assigned by United States regulatory agencies. Each of these fines were in the seven-figure range. This also reportedly includes up to $100million in a payout to the former CEO of Sands China. With the reasons stated, the revenue dropped 3.5%, operating costs were down 12.2%, and profits fell 15%. There was a rebound in the last quarter of 2016 with revenues rising 7.4% and profits increasing by 9.2%. This trend was not enough for the yearly numbers to show a growing trend.

Macau is not the Cannibal Some Think

With the Sands focusing the Macau operations on the mass market, some would think that this would have the effect of the Sands Parisian cannibalizing Sands’ other properties. Sands President, Rob Goldstein rejected this notion recently on an analyst call. This statement was aimed at all the Sands properties except for the Sands Cotai Central. Mr. Goldstein opined that Sands Parisian was too attractive for mass market customers to resist and that is why Sands Cotai Central could not compete with it. He confirmed that there are plans yet to be disclosed for improving Sands Cotai Central to make it more competitive.

How the Properties Stack Up

Each of the Sands properties have had their own challenges throughout 2016. Las Vegas Sands  saw their convention and retail revenue rise nearly 10% with no movement on casino revenue and a drop in profits of 15%. Sands Bethlehem in Pennsylvania was flat when it came to its revenues. Marina Bay Sands in Singapore remarkably had an increase of revenue (2.8%) and earnings (8%) even though being in the negative in regards to VIP and mass turnover. Sands China in Macau saw a decline for the year as revenue fell 2.5%. Profits also fell 12%.

Is South Korea an Option?

Vietnam had recently announced that it would begin a trial to allow local residents to enter casinos. This trial would reportedly last for three years. This was positive news to the Sands, who have been putting on pressure for the ban to be relaxed. This contrasts with the fact that the flag is no longer on the graphic that shows areas of interest for future development. CEO Sheldon Adelson didn’t directly comment on this, but mentioned that there were noises coming out of South Korea and that it “could happen”.