Macau Predictions of over 2O percent drop in Revenue 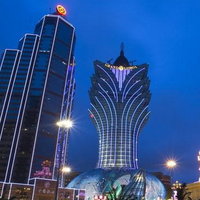 Macau overtook Las Vegas some years ago as the world’s leading gaming hub but the Chinese Autonomous Territory is experiencing an ongoing decrease in revenue in its land based casinos. The recent figures released show another drop in revenue in February. This was the ninth month in a row that casinos experienced a reduction in revenue when compared to that of the same month last year. Macau opened up its gambling market in 2002. Prior to this, Stanley Ho held the monopoly in Macau’s gambling industry. There was a 2.6 per cent drop in casino income last year and this was the first yearly decline since the market opened up in 2002.

Reasons for the decline in casino income

Several reasons are given for the drop in revenue in Macau’s casinos the main one is the crackdown on corruption in China. The Chinese President Xi Jinping ordered a clamp down on fraud and corruption in mainland China over the past few years and this is having a drastic effect on the number of mainland Chinese high rollers travelling to Macau to spend fortunes in its casinos. There are fewer junket operators organising travel to Macau as they are also under observation in the anti-corruption drive. The absence of free spending VIP players has led to a 49 per cent decrease in casino revenue in February. This is the highest ever year on year drop. Macau’s casino revenue was put at 2.45 billion dollars for the month of February. Many claim that competition from the growing gambling industry in some of Macau’s neighbouring countries is to blame for the alarming slide in casino income in the territory. While it is true that the casino markets are continuing to grow in the Philippines, South Korea and in Australia, a recent report states that this competition is not having a very detrimental effect yet on income levels from VIP players in Macau casinos.

Predictions for Macau revenue get lower

At the beginning of the year, some analysts suggested that Macau’s casino revenue would be down by 8 per cent but now that the results for gambling income in January and February are known, some of the predictions are down to a 21 per cent decrease in income. This 21 per cent drop would mean that income for the year would be at the lowest for the past four years. Several main groups lowered their predictions for revenue drastically, these include Deutsche Bank which lowered its prediction to 30 per cent and the lowest came from Wells Fargo at a 32 per cent decrease. The 32 per cent drop was also given by Macau’s own government.