Will UK Gambling Operators Face a Total Ban on TV and Radio Ads? 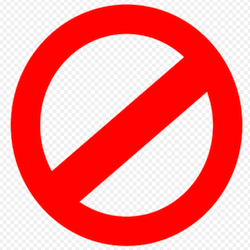 Earlier this week, we reported that members of the Betting & Gaming Council in the UK had voluntarily offered to suspend gambling-related advertising temporarily.

This came after they were warned by the government not to take advantage of the fact that people are currently spending more time at home. In an unexpected twist of events, the All-Party Parliamentary Group on Gambling and Related Harm have returned a letter stating that this amounts to admitting that gambling ads are “harmful and must be restricted to protect people.”

Could the voluntary action of doing the right thing lead UK operators to face a permanent ban or greater restrictions on TV and radio advertising going forward?

What did the APPG letter say?

The letter, signed by APPG chair Carolyn Harris, made the above statement and requested further information from operators, including;

Harris called the admission that gambling ads can be harmful an “important milestone” in what has been an ongoing debate for several years. In 2018, under mounting pressure from advocacy groups, some operators agreed to a whistle-to-whistle ad ban during sports events.

The letter also requested that the voluntary ban on advertising extend beyond the initial date set set by the operators.

The letter was also sent to the UK Gambling Commission and Nigel Huddleston, the Under Secretary for Sport, Tourism, and Heritage. It was Mr Huddleston who initially warned operators to protect players during the current nationwide lockdown.

It’s difficult to say if an outright ban will ever happen due to the massive amounts of money spent by gambling operators on everything from TV ads to sports sponsorships. However, it’s clear that the noose is tightening, and the political pressure to curb problem gambling is growing by the day.

The UK Gambling Commission has taken a series of steps in recent times to clean up gambling advertising and protect problem gamblers. This has included age verification before UK players can play free casino games online, increasing fines on high-profile operators, and making operators responsible for the marketing and promotional tactics their affiliates engage in.

Only time will tell if an outright ban takes place, but right now, it’s highly likely that members of the BGC, which include household names like William Hill and Bet365, will regret attempting to do the right thing voluntarily.