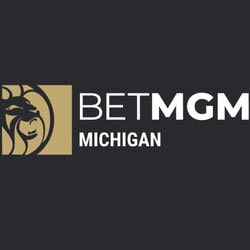 We’ve all heard and read stories about unscrupulous casino operators refusing to pay wins. Earlier this year, Bet MGM refused to pay a lucky player $3 million after she won it playing roulette online.

Five Days to Millions of Dollars

At this point, she began using the max bet option to wager $5,000 per spin, but quickly found herself back at $3 million.

Like most gamblers, Mrs. Davis realized lady luck had left the building and decided to cash out her winnings. She traveled to the MGM Grand in Detroit to withdraw her $100,000 advance at the cage and received it without problems.

However, when she returned the following day to collect the remaining $2.9 million, her good mood quickly deflated as the casino staff told her it had been voided on the basis that there was a glitch in the game.

Naturally, Mrs. Davis was angry and frustrated by this process, having done nothing wrong herself. She turned to the media to try to raise attention and explained her situation.

At this point, MGM told Mrs. Davis that even the $100,000 she had received was dependent on signing a non-disclosure agreement or NDA. If she refused to do so, she was told, the $100k payment could be rescinded and she may have to pay MGM for its costs.

A lawyer for Mrs. Davis, David Steingold, claims that MGM has violated regulatory requirements which required it to check the games every night. Since Mrs. David played for five days straight, clearly, any malfunction should have been detected and corrected before she decided to cash out.

Steingold also questioned whether other players who wagered on the game during that period had their losses reimbursed due to the glitch. Clearly, MGM has a lot of questions to answer and this situation could proceed to a lawsuit and lots of bad press if not settled quickly.

Once again, this story highlights the need to play trusted, safe, and regulated casino games online. Even big-name operators like MGM can’t always be trusted, which is why we recommend UKGC regulated casinos like PlayFranck and Mr Green for live roulette and other games.

Hopefully, regulators will force MGM to play by the rules and Mrs. David will receive her winnings in full. This story underscores the important role that regulations play in keeping online casino games safe and fair.