Charles Oakley arrested in the Cosmopolitan Casino for cheating 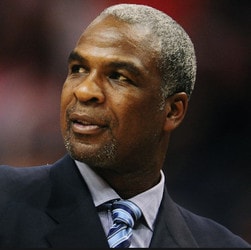 Charles Oakley is an ex-NBA player who played on the wing for the New York Knicks team. From 1985 to 1988, he wore a Chicago Bulls’ jersey and then spent ten years with the New York team. He is a living legend for all basketball fans. Charles Oakley ended his professional basketball career in 2004 and he is currently the Killer 3’s coach in the BIG3 league. The ex-NBA player who amassed a 46 million dollar fortune during his career was arrested on the 8th of July in the Cosmopolitan Casino, Las Vegas for trying to cheat at a gaming table.

Live Dealers Casino brings you the unusual story of a basketball legend caught in the act.

The ex-NBA star, Charles Oakley was arrested by the Cosmopolitan Casino, Las Vegas’ security guards after trying to take back his $100 chip at a gaming table. It’s not known if  the table in question was a roulette, baccarat or blackjack table. On surveillance videos one can see the ex-New York Knicks winger’s unsuccessful attempt to take back his $100 chip because he saw it was going to  lose. Caught in the act, the security agents asked him to follow them and laid out the facts thanks to the many cameras in the casino. The fifty year old had no choice but to admit to trying to cheat.

A possible prison sentence and a fine

No one can ignore the law in Nevada especially involving attempted fraud in Las Vegas casinos. So, trying to remove his $100 chip from a gaming table could make one liable for a 6 year prison sentence and a 10 000 dollar fine. The ex- NBA star might get away with a fine. It’s not the first time that Charles Oakley has hit the headlines in the American press. In February 2017, he was thrown out of the New York Madison Square Garden terraces. During the first quarter of the match between the Knicks and Clippers, Charles Oakley is said to have insulted James Dolan, owner of the New York franchise, who asked security to escort him out of the terraces. This caused a fight as you can see in the video below. It must be said that removing a 2.06 metre man isn’t easy.

Charles Oakley won’t be back any time soon playing at cards or gaming tables in the Cosmopolitan Casino Las Vegas after his offence that earned him several hours in detention.