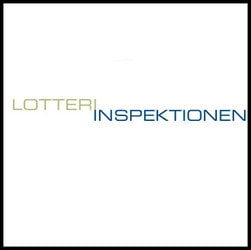 Two months after the launch of the opening of applications to obtain licences required by new legislation that comes into effect next January, there are may canditats applying to the regulatory authority in charge of the project. However, as stated by the director general of the Lotteriinspektionen, the applications of several candidates could be held up due to errors seen in the applications.

On the 1st of August, the date that applications were accepted, the Swedish cash games regulatory authority the Lotteriinspektionen, recieved twenty applications. Over the following few days, several other operators also applied. To date, the Swedish regulator has received 60 applications for licences and 55 of these concern online gaming. This rush is in response to the institution’s recommendations, asking all the companies wishing to obtain one of the new licences to apply as early as possible. However, recently Camila Rosenberg, Director General of the Lotteriinspektionen announced that many of the applications received by the institution were incomplete. She said that the companies concerned have received demands for further documentation and information. They will need to reply and complete their applications as soon as possible and within the given timeframe so that they can start in business in Sweden by the 1st of January 2019.

Priority given to studying the applications

Above all, the institution wants operators in the future Swedish market to work in a secure environment, whose legal details will be analysed and explained to each operator.

According to different rumours, the Lotteriinspektionen should receive about 70 requests for licences from now to the final date. Among the “main” potential candidates are the following groups: Betsson AB, Cherry AB, Kindred Group (owner of Unibet), ATG and Svanska Spel. With such candidates, the Swedish online cash games market is looking particularly interesting. The first licences should be granted between now and mid-November which is six weeks before the official launch of the new Swedish legislation.