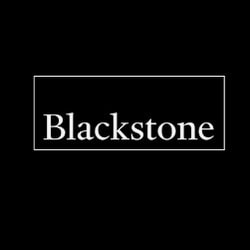 One of the most iconic casinos on the Las Vegas Strip was recently sold. Bellagio, the well-known media house renowned for its giant fountains, no longer belongs to the MGM Resorts group.

The American casino group sold the complex and decided to invest on new markets and sectors.

Designed and built by the eccentric Steve Wynn, the Bellagio opened to the public in 1998. Belonging to the Mirage Resorts group, the complex is taken over by the MGM Grand group after a merger between the two US giant casino groups.

At its inauguration it had an estimated construction cost of about U$ 1.6 billion and it is the most expensive casino hotel on the planet. 20 years after its inauguration in great style, it is now sold to the Blackstone investment fund for the tidy sum of U$ 4.25 billion.

A company will be created by the purchaser in order to manage the casino and the MGM Resorts group will retain 5% of the shares. The casino group will have the right to exploit the casino games, as well as the 3,900 rooms and suites that make up the hotel. In return, it will have to pay an annuity of U$ 245 million to the Blackstone group.

Renowned for its huge water fountains, the Bellagio should keep its magnificence and continue to be administered in the same managerial way as nowadays.

Nevertheless, the Bellagio is not the only property sold by the MGM Resorts group this year. Earlier this month, the group of the late billionaire Kirk Kerkorian also sold another of its major properties: the Circus Circus.

The latter, as well as its property, were sold for U$ 825 million to the billionaire Phil Ruffin. The group now has only two casino hotels on the Strip: the MGM Grand and the Mandalay Bay.

Redirect your efforts to Japan

By selling out its casino groups, the MGM Resorts group will use these funds to invest on other sectors. The US casino group wants to be more actively involved in fields considered more promising such as live shows, sports betting and sports. At the same time it plans to invest heavily in a new emerging market: the gaming industry in Japan.

This new major destination is the main goal of the group and its competitors. The  goal? To obtain a license for the construction of a casino complex in one of the three major Japanese cities that will be selected for this purpose. As far as the MGM Resorts group is concerned, it aims at the city of Osaka. And of course, in the event that it succeeds, the group will need liquidity to start its work.

Blackstone, the new purchaser of Bellagio is already experienced in the matter. The fund purchased in 2014 the Cosmopolitan for U$ 1.7 billion. It wants to sell it today for at least U$ 4 billion, after investing over U $ 500 million and turning it into one of the most prominent casino hotels at the moment.