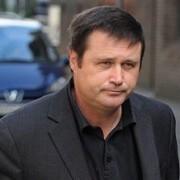 Patrick Coppeard who retired due to illness, several years ago from his position as a broker at Merrill Lynch Investment bank was sentenced to six years in prison recently for conning millions of pounds from friends and acquaintances. The former banker aged 49 who had also been a magistrate until last year was a trustee at his church in Essex. In fact many of the victims of his scam were parishioners in the church. He managed to defraud his friends and fellow church goers out of almost 5 and a half million pounds over a period of five years.

It appears that Patrick Coppeard ran into financial problems when he lost a million pounds in the banking crisis in 2007. He began involving his friends, neighbours and members of his church in an investment scheme a year later in 2008. Since he was a magistrate, a trustee in the church and had held a good position in a well known investment bank, people trusted him and so invested with him. The fraud involved what is known as a Ponzi scheme whereby the person organising the investments uses money from new investors to pay out some returns to older investors so that they believe that their investment is a solid one. It is believed that Coppeard conned people out of £5, 356, 497 in a bid to feed an addiction to gambling. He became more and more desperate to attract new investors and one person defrauded by him said that Coppeard phoned him about investing and said that God had told him to ring!

It appears that Coppeard turned to gambling to try to recuperate the invested money that he lost over the years. He gambled online to attempt to make money to give to his initial investors but eventually he ran out of new investors and his scheme collapsed. Out of almost 5 million pounds he raked in over five years he lost £3,382,000. His friends who invested believed him when he told them that they could earn 6 per cent on their money and even up to May of 2013, when he handed himself into police, he was still pushing his investment scheme. Just before he gave himself up to the police, he was under pressure from some of his investors to give them a return on their money. Many of his victims who trusted him because of his position as a church trustee and a former stockbroker are angry with the six year sentence. Several of these have lost almost all they had and can only hope that they will get back even 10 per cent of their investment at a future court hearing.