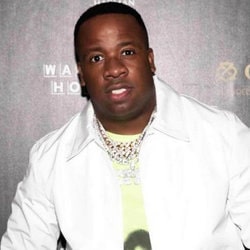 The American rapper Yo Gotti whose real name is Mario Mims recently lost a half million dollars on a blackjack hand.It happened a few days ago at a party attended by several stars from the world of hip-hop.

The event was organised to raise funds for the Shawn Carter Foundation set up by the American  rap artist, Jay-Z.

Jetset and large losses at blackjack

In order to raise funds to help the poor through his Shawn Carter Foundation, the world famous artist Jay-Z organised an event attended by several of his colleagues. Some of the stars present were : Meek Mill, Swizz Beatz, Dj Khaled, Fabolous, Yo Gotti. Entertainment was provided by the singer Alicia Keys.

It was a very successful initiative for the hip-hop star who gathered more than 6 million dollars which will finance educational scholarships for youth from deprived areas. A great amount raised thanks to contributions from those who attended but in particular to one guest : Yo gotti.

He had decided to participate in the VIP blackjack tournament organised for the party. The Shawn Carter Foundation acted as the casino for the event with a minimum wager of $100 000. It’s not known if Gotti had intended to “break the bank” but at one point in the game, the rapper bet $500 000 on his hand.

It wasn’t a good move because in the following seconds, the dealer revealed a blackjack. So within the space of a few seconds, the author of the hit “Down in the DM” was relieved of half a million!

Such a loss didn’t go unnoticed by the other players or guests. The host, who was following the game closely exclaimed “Oh My Goodness” when he saw what happened. The rest of those present either laughed or applauded.

It’s difficult to tell how Yo Gotti felt at that moment but from his apparent calm, it looks as if he was prepared to lose that huge amount since the tournament was a fundraiser. However, if one believes various sources, the rapper lost at least double that amount during the evening. A way for the Memphis native to attract attention? Only he knows!