Skip to content
Home/Casino/Israel may get land based casinos

Israel may get land based casinos 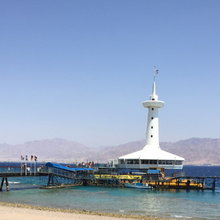 Gambling in land based casinos is illegal at the moment in Israel but this may change as the Israeli Prime Minister Benjamin Netanyahu held a meeting recently to discuss the possibility of Israel having legal casinos. The meeting with the Israeli Minister for Tourism, Yariv Levin revived hopes that the opening of country’s first legal casino might be back on the table. By reviving the idea of legalising land based casinos in Israel, Benjamin Netanyahu is carrying out a promise made during his election campaign.   The possible location for the casino or even for up to four casinos is Eilat, a city on the Red Sea coast.

Eilat is in serious economic difficulty and the construction of a casino complex in the city area would lead to the creation of many jobs. At the moment gambling in land based casinos is illegal in Israel but this doesn’t stop cruise ships leaving the port of Eilat with players on board who can gamble once the ships reach international waters. However all hasn’t been smooth regarding gambling in Eilat and several cruise ships were seized by the Israeli authorities in 2004. Eilat is also seen as a good choice for the possible location of the country’s first land based casino due to its geographical position on the coast near to Egypt and Saudi Arabia so it could attract players from the surrounding area. If the casino plans were to be given the green light, the proposed site for the gaming complex is at Eilat’s international airport.

The question of legalising gambling in land based casinos in Israel isn’t new. As far back as the 1980s Sheldon Adelson, the president of the Las Vegas Sands Corporation made an attempt to construct a casino in the country. This plan, along with others over the years was opposed by the tourism ministers in place at the time as well as by orthodox and other groups. In 2003, Sheldon Adelson’s plan to build a Las Vegas style gambling complex in Eilat was opposed. Adelson is a friend of the Prime Minister Benjamin Netanyahu but Netanyahu has claimed that this latest attempt to open discussions on casino gambling does not involve Adelson applying for any possible casino licence in Eilat.

The Prime Minister has given the go ahead to the formation of a committee to look into the setting up of casinos in Eilat. The Israeli Tourism Minister, Yariv Levin is to head the committee. Levin is believed to favour the construction of up to four casinos in the gambling and entertainment complex in order to attract a maximum number of tourists and gamblers. The proposed complex may include theatres, restaurants, retail outlets, entertainment centres and a theme park along with hotels and casinos. A problem to be overcome is whether to allow casino access to Israeli citizens. One possibility to be discussed is to place restrictions on local gamblers as happens in Singapore.