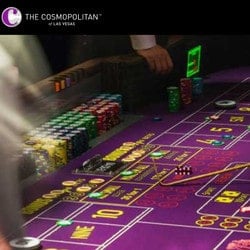 The Cosmopolitan Casino Las Vegas may change hands in the future. It’s current owner, the Blackstone group has engaged two international banks, PJT Partners Inc. and Deutsche Bank AG, with a view to looking for potential buyers for the casino complex. If it takes place, the transaction could be worth $4 billion or even more according to the Wall Street Journal and Bloomberg.

An ideal opportunity for resellers

It’s in collaboration with Deutsche Bank AG and PJT Partners Inc., that Blackstone hopes to attract major buyers. It’s believed that the investment company is aiming for American regional casinos, main Las Vegas operators and Asian companies. According to the Blackstone property co-manager, Ken Caplan, for 4 billion or more US  dollars, the sale of the Cosmopolitan Casino would be a classic opportunity for a future resale after restoration or improvement. The objective is to sell the casino to a buyer who would be able to connect the casino to his hotel operation and turn it into a cash machine.

The Cosmopolitan Las Vegas sale has come during a period when there is a slight slowdown in tourism in Las Vegas after it had reached a high of 43 million visitors in 2016. This fell back over the past two years to 42 million visitors. However, the city remains a main destination for conventions.

In February 2019, there was a growth of 8.5% in the numbers attending conventions. This was mainly thanks to the organisation of large national events such as the National Association of Home Builders’ Convention.

Bought in 2014 for 1.73  billion US dollars by the Blackstone investment company from Deutsche Bank, the Cosmopolitan Casino changed hands the first time following a loan repayment default. So before it had even opened its doors officially, the casino felt the full effect of the economic and financial crisis of 2008.

Following its purchase, Blackstone invested 500 million US dollars in restructuring the 3 000 hotel rooms, improvements, building 4 extra floors and the renovation of the slot machine section. The Cosmopolitan hotel now has 18 new bars and restaurants along with 28 enormous suites, built to welcome international players.

The American capital investment group has succeeded in making it the only casino that has been able to enter and remain in the Street’s market for over 10 years. Since the complex was take over by the Blackstone group, the Cosmopolitan Las Vegas has been run as an independent property. Measured on its profit before interest, tax and repayments, its operational performance surpassed the $300 million mark, three times the level of its performance at the time of its purchase in 2014.