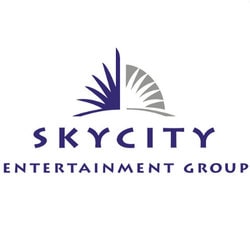 While the land-based gambling industry has come to a standstill in many parts of the world, there now appears to be some light at the end of the tunnel. SkyCity Entertainment Group has wasted no time in laying out its plans to relaunch its operations in New Zealand once it gets the go ahead.

The country’s government has now lowered the threat level from four to three. Although this still means that SkyCity cannot welcome players back to its establishments just yet, the Group has been putting the downtime to good use. Several renovations are now near completion, and the development of a new ‘Entertainment Zone’ at its Auckland casino is well underway.

The government will decide on the 11th of May if it is safe to lower the threat level to two. SkyCity is optimistic that at level two, it will be able to swing the doors open on all of its properties across the country. However, it anticipates this will be done in a controlled manner, and there will be reduced opening hours based on customer demand.

The same cannot be said for SkyCity casinos in Australia. The government there has yet to announce when gambling and entertainment venues will be allowed to reopen. However, the company is feeling more positive now than it was six weeks ago.

Will the crowds return?

With social distancing set to become the new norm, there is obvious concern that many gamblers will stay away from land-based casinos – at least for the foreseeable future. New Zealand also offers a thriving online casino industry with many big-name operators, such as Spin Casino, Mr Green, and Ruby Fortune, being active in the country.

Online casinos proved a popular alternative when the land-based casinos closed, and some analysts predict that it will be difficult for SkyCity to attract the same number of customers back. The growth of live dealer casino gaming must also be taken into consideration. Playing online gives customers far more options than a land-based operation can offer. For instance, Evolution Gaming provides twenty-five live dealer games with all the casino classics, and several entertainment-themed titles as well.

Furthermore, there are an increasing number of progressive jackpot live games. Players will have realised that there is far more money to be won online. Of course, land-based casinos will always maintain the edge in real-life entertainment, but online gambling is where the new money is going, and it looks set to remain that way through 2020 and possibly beyond.