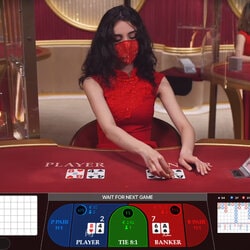 Over the past several years, we’ve reported on Evolution’s rapid and aggressive expansion into the United States legal iGaming market. As more states open up and legalize online casino games, Evolution has made its intention to be number one clear. Today, we can report that Evolution live baccarat, one of the firm’s flagship games, is available to players in Pennsylvania.

Evolution Live Dealer Baccarat – What Does It Offer?

During these times, it’s understandable that you might not want to make a trip to a land casino. In fact, many players have recently discovered that live baccarat dealer offers more than land-based games; convenience, cost savings, and access to new and interesting games.

Evolution offers several online live dealer baccarat games. These will now be available to players in PA thanks to its studio in Philadelphia. Here are some of the games you can play in the Keystone State.

If you’re curious about Evolution, let us tell you a little more about them and why you should consider checking out their live dealer games.

If you’re interested in live casino Pennsylvania, by all means give Evolution games a try. Players from non-regulated states can try Red Dog Casino instead.