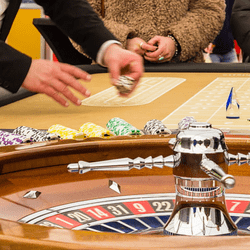 This year, we’ve reported multiple times about the booming live gaming sector in the Philippines, and the country’s ever-growing POGOs. As always, the story is one of crime, drama, and various twists and turns, and today it takes another one as 19 Philippine immigration officials have been arrested in connection with smuggling POGO workers into the country.

POGO is an acronym for Philippines Offshore Gaming Operators. They offer real casino games and gambling to players outside the Philippines, but operate from within it, generating valuable cash inflows for the developing nation, including substantial tax revenue.

Since we started reporting on POGOs, several interesting things have happened.

It’s clear to us that online gaming is not going to disappear anytime soon in the Philippines, but unfortunately, given the notorious corruption within the country, it’s likely to continue to be checkered with crime and rule-breaking.

A developing scandal known as “the Pastillas scandal” has now led to 19 Philippine immigration officials being charged. As well as the workers, Liya Wu, the owner of Empire International Travel and Tours has been charged with corrupting public officials.

NBI investigator Emeterio Dongallo Jr. has also requested that the immigration officials be suspended to prevent meddling in the investigation. A whistleblower testified before the Senate that POGOs paid 10,000 PHP ($210) for each worker allowed into the country. Senator Risa Hontiveros, who has been leading the investigation, estimates a figure of PHP 10 billion ($210 million), showing the enormity of the scheme.

We’re sure that you do not want to support human trafficking when you play casino games online, and we certainly want to see it driven out of the industry. That’s why it’s important to only play at legal, regulated online casinos in jurisdictions ruled by law and order.

We recommend Mr Green live casino. It offers every type of casino game, including live dealer blackjack, roulette, and poker, as well as slot machines and other digital games. It also has a UKGC license, meaning it complies with all laws and regulations set out in the UK Gambling Act.

Don’t play at shady, unregulated online casinos. Not only are you potentially supporting crime, but you’re also likely to get cheated. Stick with honest live casinos for a better experience for all. If you do want to play casino games based in the Philippines, stock with studios powered by Vivo Gaming.