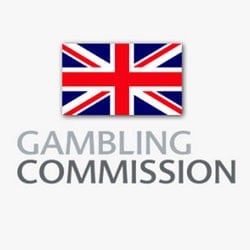 The UK Gambling Commission has fined Caesars Entertainment U.K. £13 million for eight offences including ignoring anti-money laundering checks and failure to live up to social responsibility commitments. As it has shown several times in the past, the UKGC takes player protection seriously, and it is not afraid to hit even the biggest operators with large fines. In 2017, it fined 888 Holdings £7.8 million, making this an even larger fine, and showing that the UKGC has no plans to ease off on enforcing its regulations.

What Did Caesars Entertainment U.K Do Wrong?

According to the report published by the Gambling Commission, Caesars failed to protect several customers who spent large sums of money after previously attempting to self-exclude. One of the players lost £240,000 in 13 months, while a retiree lost £15,000 in under two months. The violations also extend to anti-money-laundering checks and procedures. In one case, Caesars did not satisfactorily check the source of funds for £3.5 million from one customer. UKGC licensed casinos are obligated to verify the source of funds for transactions of a certain size.

The Chief Executive of the Gambling Commission, Neil McArthur, said that he wanted operators to learn lessons, particularly with regards to managing VIP players.

Self-exclusion is a process whereby problem gamblers can ask online casinos to enforce a freeze on their accounts for a certain period of time. It is a tool to allow gambling addicts to regain control by blocking their ability to access specific gambling sites. Operators are legally bound to honour self-exclusions once a player asks for them. They can request exclusions for periods ranging from a single day to closing the account permanently.

The UKGC has taken a consistently hard line on operators who do not take self-exclusion seriously. After a series of high-profile court cases involving problem gamblers stealing or committing fraud to fund gambling habits, the Gambling Commission is more willing than ever to punish operators who don’t take it seriously.

Charities like GAMSTOP provide UK players with self-exclusion tools which all UK-licensed operators must honour.