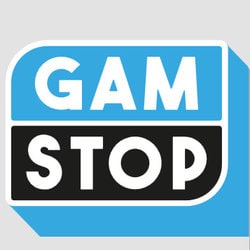 The UKGC announced in January that all online gambling operators must have links to GAMSTOP fully integrated by the 31st of March, 2020. However, Sportito and Dynamic, trading under the brand name Prophet, failed to comply before the deadline, so the Gambling Commission immediately suspended them. This comes on the heels of several other fines of high-profile operators for other violations such as the £13M fine issued to Caesars Entertainment U.K.

It should be noted that Sportito, a fantasy sports betting platform, has since acted. Its website is now compliant with this new directive, and its suspension has been lifted. Although the UKGC will still commence a full review of both companies to ensure they are suitable to be a UK-approved operator.

This is a stern warning to all brands operating in the UK. The Gambling Commission Chief Executive Neil Arthur said, “We have made it clear to operators that we are ready and willing to use our powers to protect consumers, as this action demonstrates. Self-exclusion is an important tool to protect vulnerable consumers, which is why we made it compulsory for all online operators to be signed up to GAMSTOP by 31 March.”

As the world currently battles the COVID-19 pandemic, it has proved to be a particularly busy time for the UK regulator. With millions of people not allowed to go to work and being ordered to stay at home, the UKGC has already issued several warnings to its licence holders not to abuse this unprecedented situation.

There will be a temptation among some players to log in to their favoured casino and play a few games. It is hoped that the Gambling Commission’s forewarnings will limit this potential problem for the time being.

GAMSTOP is a free-to-use service that provides UK gamblers with the tools to restrict their own online gambling activity. The service is operated by The National Online Self-Exclusion Scheme Limited.  Gamblers can register and self-exclude themselves for a period of six months, one year, or five years. This will prevent them from accessing any online gambling company that is licenced in the UK.

Since being launched in 2018, more than 130,000 gamblers have used GAMSTOP, with around 70% of them opting for the 5-year exclusion options. UKGC data also reveals that 42% of the people who have registered are between 25-34 years old.