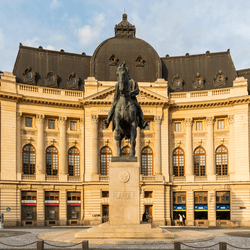 Live gaming powerhouse Playtech has shown more signs of growth with its recent decision to double the size of its Romanian studio. It stated that growing demand from licensees both in the European and international markets was the reason for the investment.

It’s understood that Playtech has doubled the number of tables in the studio and has added dealers that speak some other languages, including Greek, with much of the demand coming from that country.

Live Gaming Continues to Boom in 2020

If you’ve been following our news stories this year, you’ll be well aware that 2020 has been one of the best years on record for live casino gaming. While many land casinos have faced hard times, live gaming has grown at a pace that even the industry’s greatest optimists are surprised by.

Much of this has to do with the closure of land-based casinos and the restrictions placed on those that are allowed to open. It’s understandable. Why would players choose to wear a mask, play with a dealer behind a plastic screen, and face social distancing restrictions when they can play Playtech’s excellent live dealer games from home?

This year, we’ve had non-stop good news for Playtech, Evolution Gaming, and other companies in the space. In fact, just recently, we reported on Playtech’s release of its new Deal or No Deal live game. We’re sure that will be a hit.

2020 has been a wild ride for casino stocks, but most of the companies with online operations have now fully recovered, with many even surpassing all-time highs. Playtech’s stock was up 2.08 percent on the release of this news, trading at £373.80 on Tuesday.

Artyom Moskvin, Playtech’s country manager for Romania, reiterated that expansion into international markets was part of Playtech’s long-term growth plan and that the new studio capacity and native-speaking dealers were all part of fulfilling that mission.

Shareholders like actions above words, and clearly, the market likes what it sees from Playtech.

If you’re interested in trying some of Playtech’s live games, we’ve got some advice for you, and we have full and in-depth reviews here on the site.