Casinos in Japan: Wynn Resorts gives up Osaka in favor of Tokyo 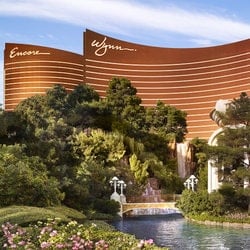 Since Japan decided to open some gaming houses, the big casinos groups have eyes only for it. Economic stakes are outstanding and cost billions of dollars each year.

According to experts, the few casinos in Japan are expected to earn much more than those in Las Vegas and could be the second in the world ranking of capitals. Indeed, casinos in Macao are expected to keep the first rank, followed by Japan. Competition in the gaming industry is tough and casinos in Asia are leading, compared to the US or Europe.

Each one takes the lead and announces its favorite city. The most recent is the Wynn Resorts, which is interested in the Kanto region, where Tokyo is located.

The Wynn Resorts group which had set the goal of opening a casino in Osaka changed its strategy. For many months, representatives of the Wynn Resorts had met local officials and everything had gone perfectly.

The group founded by Steve Wynn (he has been out of the running due to sexual abuse problems) focused on Osaka, Yokohama and Tokyo. But Wynn Resorts is not alone in wanting to open a casino in Tokyo.

Sheldon Adelson‘s group is in the game. Although the Las Vegas Sands puts all its energy to open a gaming house in Yokohama, it keeps a card in hand for Tokyo. The American tycoons have not unveiled all their cards to obtain the Holy Grail and to get a gambling license in Japan.

We should wait until the first half of 2020 to know the lucky ones which will be able to win the jackpot. In the meantime, every group has a particular strategy to be one of the future licensees. Stay tuned.