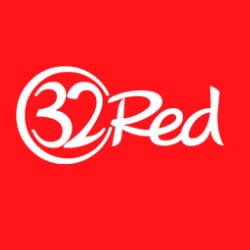 The online casino 32Red, a British online gaming platform operated by the Kindred group, has just reimbursed the sum of £590,000 to the S3 Alliance company. This amount was embezzled and then used in the online casino by one of the company’s employees.

This affair is another blow to 32Red’s reputation as it has had many legal problems over the past few months with regulation.

A player who should have been checked?

Last October, in the Londonderry court , Tracey Curran admitted to embezzling £590,000 from her company’s accounts. The 44 year old woman pleaded guilty to frauduently withdrawing money from bank account and credit cards belonging to S3 Alliance, the company that she worked for.

In the course of the investigation, it was established that the frauduently acquired money had been used to play in 32Red Casino. At the time, the online gaming platform was content to take the player’s deposits without first checking where the money came from. In spite of obvious signals such as large losses, there was no attempt to find out more about Miss Curran’s profile and a possible unlawful use of the money.

While the case was still under investigation, 32Red finally acted and returned to S3 Alliance the whole amount wagered by the player. The court confirmed the transaction on Tuesday 19th November 2019.

A turbulent time for 32Red

32Red is one of the most popular online gaming sites on the British market. Belonging to the giant Kindred, it operates in several areas, in particular online casino games and sports betting. It is going through a turbulent time with the online gaming regulatory authorities and this is affecting all areas of its business.

In June 2018, the online casino was condemned for not having limited the losses of a player who showed obvious signs of addiction to cash games. Instead of banning him or limiting his access to the platform, 32Red made this client a VIP.

In the end, the client lost a total amount of  £709,000 over a three year period. The UK Gambling Commission reproached the casino for not having learned from other platforms already condemned for similar actions.

The online casino, legal in Britain, was fined 2.6 million dollars

Recently, the company was warned by the Advertisement Standard Authority (ASA) for an advertiesment for its Jack and the Beanstalk slot machine, inspired by the children’s fairy tale “Jack and the Beanstalk”. For the regulators, this ad could have encouraged minors to go to online casinos. Even worse, the advertisement poster highlighted the site’ s  welcome bonus. The casino received a warning and the advertisement was withdrawn.

With this new case, 32Red is once again in trouble in a sector that is more and more controlled by the authorities.