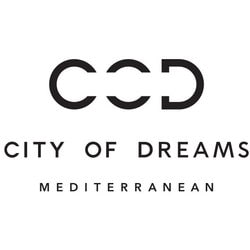 Even though it’s already involved in constructing the largest casino complex to be finished in 2021, The Melco International Development group is already benefitting from the Cypriot cash games market. The three temporary casinos opened by  the group have recorded particularly high levels of visitors over the past few months.

While waiting for the construction of the City of Dreams Mediterranean to be completed, the Hong Kong billionaire Lawrence Ho’s group launched a temporary casino in Limassol along with two further casinos in Nicosia and Larnaca. A particularly profitable strategy for the group that had gaming revenue between June 2018 and the end of January 2019, of around €210 million in the three casinos for a total of 470 000 visitors.

According to figures released by the Cypriot Commissinon for the supervision of casinos and cash games, the Melco International group casinos have paid out over this period, around €170 million in winnings to players, who bet in its casinos.

With its 33 tables, 242 slot machines, its VIP Salon, bistro-restaurant and its two bars open 24/7, the C2 Casino in Limassol attracts the most visitors with almost 2000 per day. Even though it’s only temporary, the casino offers all the services and comfort linked to the Melco International group. The Hong Kong giant has invested quite a sum of about €13 million.

The casino was built inside a former 4 600 m2 hypermarket capable of welcoming up to 1000 visitors at a time. The Larnaca casino, built inside the town’s airport terminal, is a little smaller but it is strategically placed to be a good stop off for players of various nationalities.

Given its location, the Nicosia casino can attract a large part of the Greek Cypriot players, who up to now used to go to casinos in the northern part of the island, which is under Turkish occupation.

Good results for the island

Out of the almost 500 000 players who visited the Melco casinos during the period mentioned above, about 80% are Cypriot; the rest is made up of Greeks (4%) and players of other nationalities.  So local interest in cash games is well established. Now more tourists need to be attracted to reach the growth objectives hoped for by the local government. No doubt these objectives will be more easily reached when the City of Dreams Mediterranean is launched and should attract up to 300 000 extra tourists each year, including high rollers from Europe and Asia.

At an estimated cost of €550 million, the CDM should be completed for 2021. It will offer players 136 tables (Baccarat, Roulette, Blackjack, poker) and 1200 slot machines. The 5 star complex will welcome visitors to its 500 rooms, suites and villas and will have 11 restaurants, a shopping centre, an amphitheatre as well as a sports and well-being centre.

In the meanwhile, Cypriot and all other cash games fans can go to the temporary casinos situated in different cities in the country.