Russia finally authorises the creation of a gaming zone in Crimea 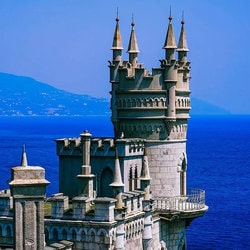 First announced 5 years ago, the plan to build casinos on the Crimean peninsula now seems to be more concrete. At least this is what can be taken from the recent passing of a law that officially approves the creation of a new gaming zone in this area of southern Crimea that was annexed by Russia in 2014.

According to the Russian government, the first casino should open by 2022.

A project born out of a complex concept

The Russian President, Vladimir Putin, has always wanted to make Crimea a casino capital. He has never hidden this ambition. But it was in 2014, just after the invasion, with unidentified pro-Russian forces in strategic positions in Crimea that President Putin clearly stated his intention to turn his newly annexed territiory into a new paradise for casino players.

So since then, the law authorising and regulating casino activity in this region has been under consideration.

It was last week, that is 5 years later, that the Russian Prime Minister Dimitri Medvedev, ratified the law oficially approving this project. This ratification will clearly accelerate matters because we already know that the first Crimean casino will be situated in the Yalta region, near Katsiveli, a small Crimean village. It will start welcoming visitors from 2022.

Sergei Aksyonov, the current Russian administrator of Crimea, has announced that a quite well known casino operator should soon confirm its plans for this project. So everything looks as if the Crimea will have its first casino in under 3 years time.

As a result of the invasion of Crimea by its military forces in 2014, the international community in particular the European Union and the United States, have placed financial sanctions on Russia. In fact recently, the European Union prolonged by another year its ban on citizens of all EU member states and of the United States on investing in Crimea. Also, the American minister of foreign Affaires made it known in September that these sanctions against Russia won’t be lifted as long as it keeps Crimea under its rule.

Due to these various reasons, only Russian businesses and those of countries with good diplomatic relations with Russia such as China and Cambodia, can put themselves forward to construct a casino on the peninsula.

A major lack of infrastructure

The area of Crimea chosen to have several casinos from 2022, has poor infrastructure so Moscow will have to provide the necessary ideal conditions to attract foreign operators. The central Russian state will also need to reorganise the zone by improving what’s already there, in particular a military airport situated about 70km from the peninsula.

All of these various elements make analyists think that carrying out this project could turn out to be more complex than believed. During this time, development has continued in the other Russian regions where cash games are authorised. The Cambodian operator NagaCorp has announced the opening of its new casino in Vladivostok in 2020 in the Primorie gaming zone in the extreme eastern part of Russia.