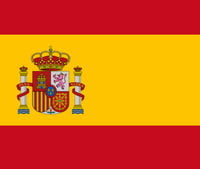 Sheldon Adelson is an extremely rich American businessman who owns the famous Las Vegas Sands. After having constructed gaming complexes, hotels and restaurants in the state of Nevada, he has decided to conquer Asia by investing in Macau and Singapore. Building on an unequalled experience in the cash gaming sector, the American millionaire has now decided to move into Europe and in particular to Spain.

For several years rumours concerning his setting up in Spain did the rounds but over the past few months the project has started to take shape. This project is very much coveted. In fact, Madrid and Barcelona are vying to welcome this gaming complex which will include several casinos, hotels, golf courses, many restaurants…These two large Spanish cities are well aware of the economic stakes involved in a project on such a scale. Not only will it enable the creation of 230.000 jobs but it could attract more than 10 million tourists. This mini Las Vegas or EuroVegas as the Spanish call it, has become the population’s favourite topic of conversation. Everyone sees it as a means to re-launch the local economy and to reduce unemployment which is hovering around 25%.

Before settling on the city of his choice and investing almost 17 billion euros in it, Sheldon Adelson wants to take the time to examine the different proposals. He has handed quite a list of demands to the presidents of the two regions. Among others, he hopes to get the land free of charge, a reduction of 95% on inheritance tax and no tax on VAT and the gaming tax for 10 years. To sum up, euro Vegas will be a tax haven.

At the moment it seems that Madrid is in the lead because the city has already been able to propose three venues for the future complex where as Barcelona has only proposed one but Barcelona has the geographical advantage of being closer to France. Madrid wants to play all its cards and isn’t skimping on the means even if it includes shocking public opinion. The President of the Madrid region has paid the price of this by confirming that she is prepared to do anything to get Euro Vegas, even including overturning the ban on smoking in casinos.

The presence of the very rich business man in Spain is dividing the population: some see it as a main way to get over the persistent economic crisis which has hit the country hard; others believe that the basic problem of the Spanish economy will not be resolved. One must wait until next September to know who is the lucky winner…