Hokkaido withdraws from the race for Japan’s first casinos 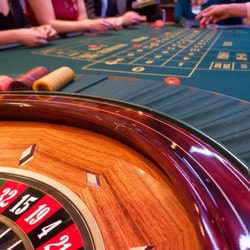 After a few days hesitation, the govenor of the city of Hokkaido has finally confirmed his municipality’s withdrawal from the race to host one of the first Japanese casinos. This decision came after an announcement of an extension for applications by the central government.

The city thought that this extension was too short to put in place the ideal conditions necessary to construct an environmentally friendly casino complex. It’s bad news for local businesses and also for casino operators, who were already preparing for this.

A project with strong economic potential

A few months ago when the Japanese government revealed the key elements of its plans, the council in Hokkaido, the northern most island in the Japanese archipeligo, had logically stated its intention to host one of the country’s first casino complexes.

Encouraged by local entrepreneurs, Naomichi Suzuki had already started to consider potential offers from international operators such as the Caesars Entertainment, Foxwoods and Mohegan Sun groups. For those involved, hosting a hotel-casino would boost the island’s economy  which is mainly based on ski resorts and large natural areas. Unfortunately, clearly this is all for another occasion.

….but not for now and not a priority

When the central government in Tokyo announced at the end of November, the extension for receiving the applications from towns wanting to host one of the three first casinos in the initial phase of the project, Naomichi Suzuki was hit hard. Besides wanting to modernise the area, the current governor of Hokkaido wants above all to preserve the region’s natural environment.

He couldn’t envisage the construction of a tourist complex that didn’t respect the environment but that would involve carrying out studies on the impact over a period of four to five years. Whereas, the government wishes to consider the applications from 2021.

Objectively, the town wouldn’t have been able to do it within the time limit. Moreover, a survey of more than 20 000 Hokkaido inhabitants revealed that the majority were against the proposal. Most of those surveyed referred to more urgent preoccupations.

With Hokkaido’s withdrawal from this casino race: 8 major applicants are still in the running: Osaka, Yokohama, Tokyo, Wakayama, Nagasaki, Nagoya, Kitakyushu and Shiba. Applications must be made between the 4th of January and the 30th of July 2020.

To apply, the towns have to link up with a casino operator that fulfills the various conditions of the tender process and conforms to the new laws regulating the sector. Among these, Osaka appears to be the favourite to gain the operating licence for Japan’s first casino.

The third largest city can rely on its modern setting and also on the support of the American casino group MGM Resorts, which it has chosen to bring this project to fruition.