Skip to content
Home/Online casino, Playtech/Playtech has a good start to 2015 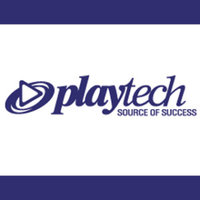 Playtech, one of the world’s leading online casino software developers recently announced very positive revenue results and it has high hopes that the results for the second quarter in 2015 will be as good. Playtech which was founded in 1999 is one of the longest established internet casino software developers and it powers some of the world’s best known online casinos such as William Hill Casino. The following casinos listed on www.live-dealers-casino.com are powered by Playtech software : Betfair Casino, Betfred Casino, Europa Casino, Ladbrokes Casino, Paddy Power Live Casino and Winner Casino. Playtech has offered live roulette, baccarat and blackjack with live dealers since 2003.

Recently Playtech released a statement showing a 31 per cent rise in income bringing in 96 million pounds in the first quarter of this year. The company’s forecast for the second quarter is also optimistic with revenue increasing by around 25 percent. Playtech’s land based activities also rose in the first few months of the year showing an increase of almost 200 percent when compared to the same time last year. The company puts its success down to working closely with its licensees and also to being at the cutting edge of innovation.

Playtech and the Apple Watch

Several online casino software developers have been involved in a race to release apps for the Apple Watch and Playtech is one of the first to have developed an app for the watch. Apple has 37 apps so far on its watch but only three of these are gaming apps. Ladbrokes, one of the United Kingdom’s leading betting and casino operators has developed such an app. Ladbrokes Australia recently announced the launch of its sports betting app that links the Apple watch with its main site. Playtech has developed its app which can be used by all of its licensees and the well-known British sports betting company, Coral has become the first company to put its brand on the Playtech Apple Watch app.

Linked to its Omni-channel and therefore its Apple Watch developments, Playtech has announced that it will be employing 300 extra workers. Added to those already employed as this technology develops the company has given employment to 600 new staff since the start of last year. The new technology offers players a seamless experience whether they are using online or mobile technology. With these developments it is fair to say that Playtech’s revenue will most likely rise in the next quarter.