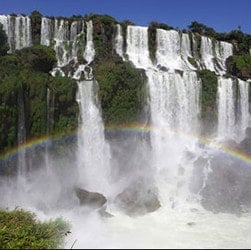 Money laundering is one of the main problems undermining casino activity around the world. Links  between casinos and illegal organisations are often very complex and excesses are never far away although they can be avoided or even prevented by the actions of different agents. This was the case recently in Argentina where the actions of a local casino brought to light the activities of a group of Hezbollah Islamic militants.

They were laundering money in the region’s casinos

Ongoing for several months, the Argentine police inquiry into the activities of a Lebanese national called Assad Ahmad Barakat has brought to the fore again the important risks linked to money laundering that casinos are exposed to. Several casinos and hotels in Puerto Igazu, a town a few kilometres from the communal border between Argentina, Paraguay and Brazil, have been raided. These played a yet to be defined role in the network put in place by the suspect, who is believed to have close links with the Lebanese terrorist organisation Hezbollah.

It seems that Assad Ahmad Barakat and 13 other people linked to him have, over the past few years, made many return trips between Argentina, Brasil and Paraguay with suitcases stuffed with cash each time. These huge sums were exchanged for chips in Puerto Igazu casinos. After a few games, these false players asked to withdraw their winnings and so succeeded in laundering huge sums that weren’t declared at the border. In this way, the Barakat clan managed to launder more than 10 million dollars which clearly went to finance the terrorist group Hezbollah’s activities. The inquiry shows that Hassan Ali Barakat a cousin of the main suspect is believed to have crossed the border 620 times over the past few years in the course of this vast money laundering operation.

Following the initial results of the inquiry by the Argentine police, the Financial Information Unit (UIF) had already frozen the Barakat clan’s assets,which was identified by the American Office of Foreign Assets Control (OFAC) as an organisation financing terrorism. At this stage in the investigation, the involvement of the management of the casino group involved in the money laundering hasn’t yet been clearly determined. Although, if the statements from the director of FinCEN (Financial Crimes Enforcement Network) are to be believed, one of the casino’s business reports led to dismanteling the group.