Skip to content
Home/Mybet, Mybet Casino/Mybet casino at the Centre of a Controversy in France

Mybet casino at the Centre of a Controversy in France 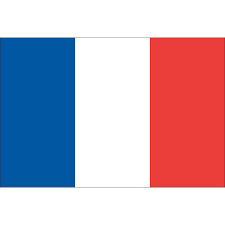 Mybet Casino has been at the centre of a controversy in France since certain forums have rushed to announce that this online casinos is no longer accepting French players. In fact, players living in France and wishing to play in the Mybet casino find that they can’t do so and their access has been blocked. However, after many exchanges with the Mybet customer service, it seems that players going directly onto the site are refused access. On the contrary, players using an affiliate link are welcome. This story is astonishing.

Mybet has a European licence, a Maltese licence to be more precise, and so it finds itself in an ambiguous situation. The Arjel only needs to complain to the European Commission for Mybet to withdraw from the French market from one day to the next. If this happens, all of the affiliates will find themselves in a difficult position since the whole pool of players will instantly become “useless”. This is what happened to the Playtech and Microgaming casinos which withdrew in one day from the French market.