All you need to know about Bad Homburg Casino 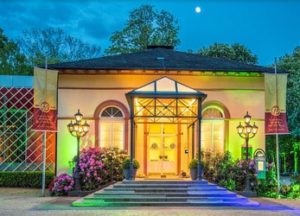 Germany isn’t the first country that springs to mind when talking about cash games and games of chance. However, the country does have some well known casinos and the Bad Homburg Casino is one of these. Almost 200 years old, this casino is among the oldest and most prestigious in Europe. We bring you more information in this review.

The Bad Homburg Casino, situated in the town of Bad Homburg in the south west of Germany, was founded in May 1841. The year before this, brothers Louis and Francois Blanc obtained from the Landgrave (German nobleman) the rights to run a casino in the town. Due to gambling restrictions  in France, the two French brothers, left for Germany and became famous there in particular for introducing the first modern versions of  European roulette. Closed and then opened at different times depending on the local legal situation, the Bad Homburg Casino really came into its own in the second half of the 20th century after the Second World War.

It recommenced business from 1949 and various extensions were built. From the 1980s the first slot machines and then classic table games were added to the casino’s range. In 2013 it was renovated again and in the same year the casino acquired the first ever electronic roulette game in the State of Hesse.

At the moment, the Bad Homburg Casino offers quite a diversified range of games including more than 160 slot machines with bets starting from €0.01. The titles on offer go from classic one-armed bandits to the most recent video slot machines. For fans of table games, the casino has 8 different roulette tables including European and American versions of the game along with 4 blackjack tables and one Free Bet Blackjack table.  The Bad Homburg Casino is also very popular with poker players. The casino offers Three Card Poker cash games as well as different tournaments of the famous card game.

Since the end of 2013, the Bad Homburg Casino has had a partnership with the developer, Authentic Gaming to stream live games played every evening at one of its European roulette tables. Called Bad Homburg Roulette, the game that has resulted from this collaboration is available in the developer’s online partner casinos such as Fatboss Casino, Dublinbet and Lucky31.