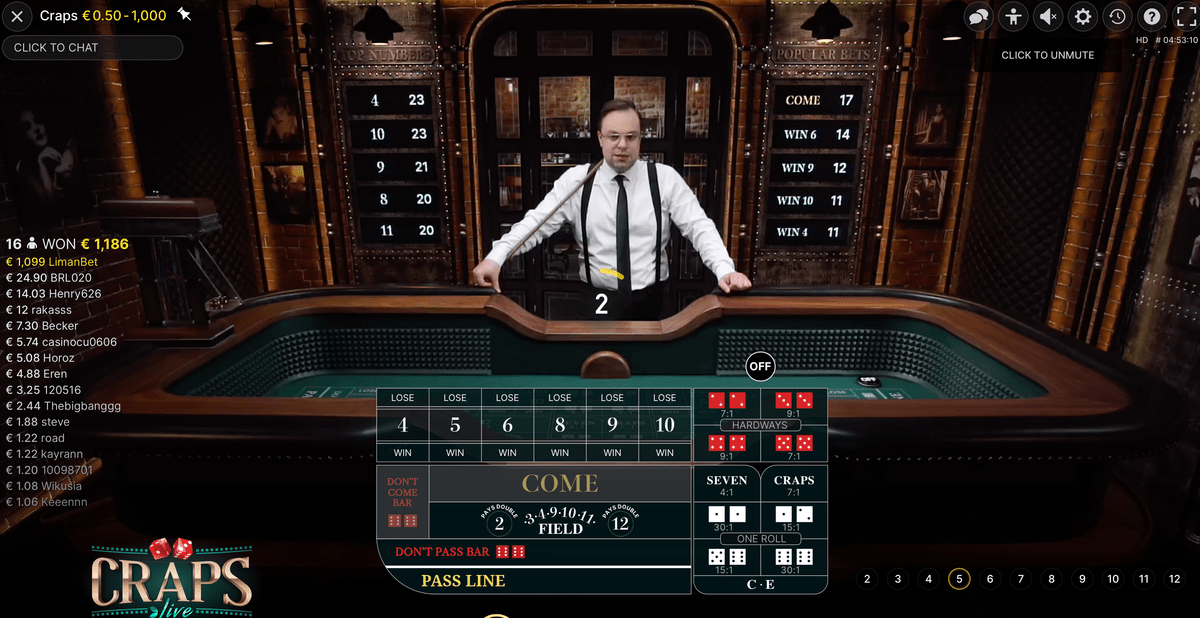 For many years, one of the most popular casino games has been missing from the live casino lineup. That game is craps, and thanks to Evolution, it’s now available at the top live casinos online.

Evolution has now launched a live casino craps game. It’s set in a rustic studio themed like a speakeasy from the prohibition era. With red brick walls, a luxurious mahogany and felt craps table, black and white pictures of legendary gangsters, and a live dealer dressed in black and white, you’ll feel like you’re playing in a real Chicago casino back in the day. As usual, everything is streamed via HD cameras from multiple angles for a fast, seamless live casino experience.

In this Evolution live craps review, we’ll tell you how this game works, and we’ll give you our honest opinion on it. As a world-first, we were very excited to check this game out and review it honestly.

Evolution Craps – What You Need to Know

How to Play Live Dealer Craps

As always, we really play the games we review. This allows us to give you 100% accurate, fair, and real information. This is what will happen when you play Evolution’s live craps game.

Since craps is quite a complicated game and many new players can feel confused and overwhelmed by it, Evolution has taken steps to make it simpler.

Craps by Evolution – The Pros and Cons

We always like to take a moment to highlight the pros and cons of each live game we review. Here’s our list of pros and cons for this one.

Should You Play Live Casino Craps?

Once again, Evolution has proven itself a true innovator with this new live dealer craps game. It’s as good as it could possibly be. With lots of extra features to make it easy for new players, an awesome studio, and all the excitement and action of a real craps game, we strongly recommend playing Evolution craps right away.

That depends on your appetite for risk and reward. The smaller the potential payout the more chance you have of winning the bet and vice versa. Bets such as hardways numbers can pay 30:1 but are much less likely to land. Consult the craps tutorial in the game to learn more about these bets.

There’s a chat box in the top left of the game screen. You can use this to send messages to the dealer. Keep in mind that she will be quite busy as craps is an action-packed game. This game isn’t as social as some other studio-based live games.