The Biggest Roulette Wins of All Time 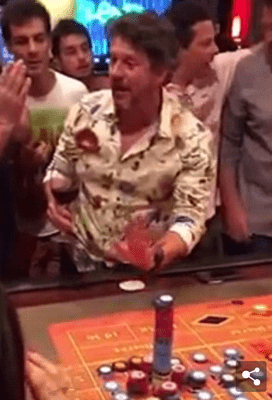 Sometimes, when you’re playing live dealer roulette, you need some inspiration to help you remember why it’s worth continuing to play. The wins and losses, ups and downs, and constant twists and turns in this classic casino game are exciting, but they can also wear you down.

The Biggest Roulette Winners Ever

For this first inspirational roulette story, we have to travel back in time to 1891. The location is Monte Carlo, and Charles Wells, a petty criminal with no great achievements in his life, is about to go down in roulette history.

Wells steps up to the roulette wheels and watches it spin. He bets big and wins, then he bets big again, and wins, and so it keeps going until he has won 23 out of 30 spins and the casino declares itself broke. Wells walks away with two million francs, an obscene sum of money for the time, and becomes known as “The Man Who Broke the Bank at Monte Carlo.”

Nobody knows if Charles Wells cheated, but we do know that he returned and pulled off a similar winning streak several years later. Was he one of the luckiest roulette players in history, or did he figure out a way to beat roulette every time? We’ll never know for sure.

We return to the contemporary world for this big roulette win. Mike Ashley is a famous English businessman who owns Sports Direct. He is a billionaire, so as you might have guessed, he’s a high stakes roulette player.

In 2008, Mr. Ashley walked into a posh casino in London’s high-end Mayfair district. No doubt the staff were excited to see him arrive because he was and is still known to bet big at the tables. However, that night, Ashley would make a roulette bet for the ages, and his win would make it into newspapers across the United Kingdom.

He bet £480,000 on a single “complete bet” on a single number – 17. This means that he wagered on every possible combination of numbers that could total 17, plus a few extra outcomes.

Astonishingly, his bet paid off, and Mr Ashley left the casino through the same door he entered it with £1.3 million.

The next time you play live dealer roulette online and feel afraid to make a large wager, think about this story. It happened back in 2004 in Las Vegas at the Plaza Hotel and Casino.

While most people spend their entire lives trying to avoid risks that could ruin them, Ashley Revell decided to go looking for one. He sold everything he owned, totalling around $135,000, and wagered everything on a single spin of the roulette wheel. He bet on red, and a few seconds later (although it probably seemed a lot longer to him), he had won $135,000 more.

While this is an inspirational roulette story, we would like to point out that it’s a rare one. We don’t recommend selling everything you own to bet on a single spin. However, it does prove that large calculated risks can pay off.

Another British business tycoon, Sir Philip Green, has made the headlines several times for his outlandish bets made at London’s high-end casinos. Why is it that the rich get richer even in roulette? Perhaps because they can afford to take bigger risks, to begin with.

While the exact details of his biggest roulette win aren’t known, we do know that in one night in 2004, he cashed out £2 million at Les Ambassadeurs Casino. Yet, this is only one of his major roulette wins, and there are several reports of him winning £1 million or more in a single night.

One of the many benefits of being rich is that you can afford to take risks that would make other people clam up with fear. When this successful Brazilian businessman walked into the Hotel Conrad in Uruguay, we don’t know if he intended to bet $35,000 on a single number or not, but that’s exactly what he ended up doing.

He chose the number 32, placed his chips on the table, took a deep breath, and waited for what must have seemed like an eternity as the ball left the dealer’s hand and bounced, clattered, and spun on the wheel.

And it worked! Mr. Bartelle walked away with $3.5 million. We’re not sure how that feels to the heir of a billion-dollar manufacturing firm, but it sure would feel good to us.

How to Win Big on Roulette – Tips and Tricks

Unfortunately, we can’t tell you how to win roulette every time. Nobody on this earth knows how to do that. However, we can give you a few tips to help you win live dealer roulette online more often.