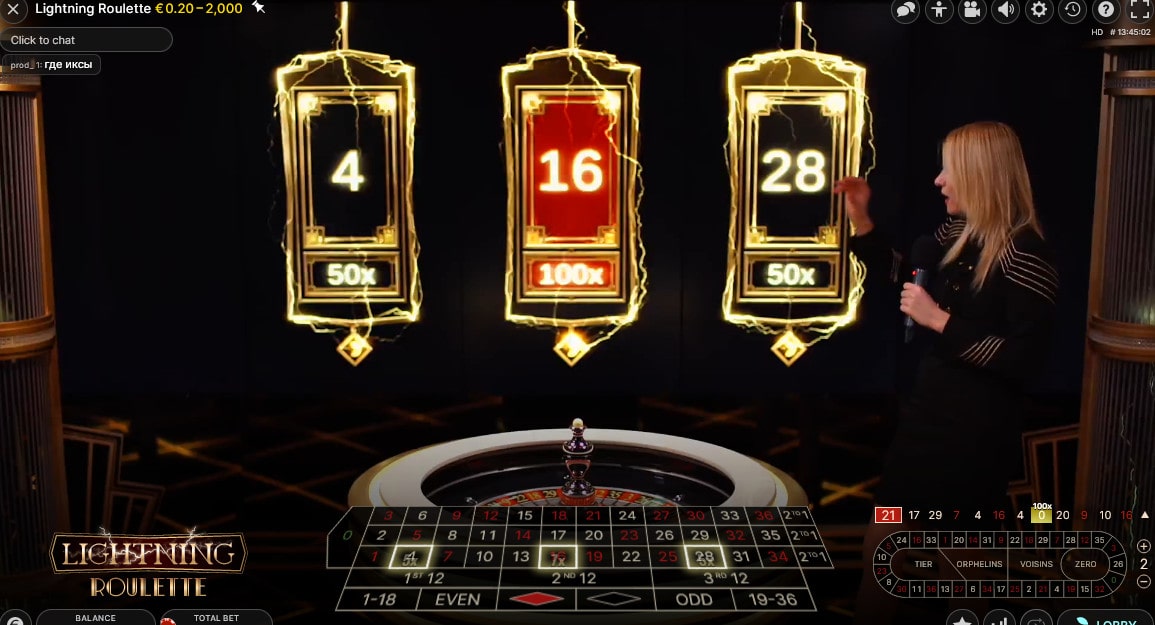 Lightning Roulette by Evolution has become one of the most-played live casino games in recent years. Evolution revolutionized online roulette when they released it, offering massive multipliers of up to 500x on lucky numbers.

In this short explainer, we’ll show you how the Lightning Numbers work and what you can win. We’ll also let you in on a little secret: there’s a price to pay for these multipliers.

We’ll cover all of that and more below.

Lightning Multipliers – How They Work

After all of the bets have been placed and the betting window closes, a Random Number Generator picks up to five numbers and adds multipliers to them. These are known as Lucky Numbers.

The multipliers can be:

How Do Random Number Generators Work?

Lots of players wonder if there’s some way Evolution can rig the game so you never win the 500x multiplier. The answer is no. Everything is decided by a Random Number Generator (RNG).

RNGs work by randomly choosing numbers from a pool of billions of potentials. These numbers all have multipliers assigned to them. So, the reality is that Evolution doesn’t have any control over the multiplier values or which numbers they are applied to. A smart computer program picks them randomly, just like in a lottery, and assigns them.

And the truth is, Evolution doesn’t even care. It makes a set amount of money no matter what happens because of the house edge. In Lightning Roulette, the house edge is 2.9%.

The Price You Pay for the Multipliers

How is it possible for Evolution to offer multipliers of this value and still run a profitable game? The cost is built into the math of the game.

Whereas in a standard game of European Roulette, straight bets would pay 35:1, in this game they only pay 29:1. This is how Evolution manages to pay for the multipliers in Lightning Roulette.

The Studio and Live Dealers

One of the best things about Lightning Roulette is the studio and the live dealers you’ll play with.

The studio is futuristic with epic lighting and special visual effects. You’ll see the Lightning Numbers displayed on an electronic screen behind the dealers, and each of them will have the visual effect of a lightning bolt hitting them when the number appears.

The live dealers are highly entertaining and fun to play with. They will welcome you to the game, congratulate you when you win, and keep you updated on what’s happening within the game.

Yes, but only in legal, regulated states where Evolution offers its games. Right now, that includes New Jersey, Pennsylvania, Michigan, and there are several other states considering legalization and regulation soon.

What can I bet in Lightning Roulette?

Can I win more than one multiplier at once?

Yes, you can bet on as many numbers as you want. If you manage to win more than one of them, you’ll get paid appropriately. Each multiplier is paid separately.

Can I bet on every number at the same time?

Yes, that’s allowed within the rules of the game. You can place a wager on every number on the board.

Many players have likened this game to a slot machine. It’s pure chance. Make a lot of straight bets, cover maybe half the board each time, and if you’re lucky enough to win a larger multiplier like 100x or more, consider walking away if you’re in profit. It won’t happen too often.

No. Evolution is a fair operator with a reputation for honesty and several valid iGaming licenses from the UKGC, MGA, and others. As we explained above, the multipliers and payouts are determined by a Random Number Generator which Evolution can’t control.

Where can I play Lightning Roulette online?

UK players can try it at Mr Green or 32Red. These are two of our top-rated UK live casinos.