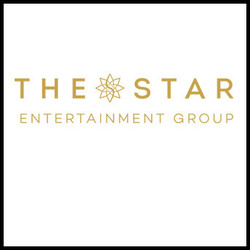 The economic war between China and the United States could have repercussions on the Australian casino industry’s income. This is what casino promoters in the country are afraid of because they depend in part on Chinese high rollers. Even if many analyists believe that these fears are unfounded, certain operators have decided to act. Star Entertainment is one of these and it recently launched a marketing campaign aiming to attract more Asian high rollers.

In order to attract more Chinese high rollers to its various casinos, the Star Entertainment group has launched a marketing campaign in Mandarin along with a WeChat account to communicate about the brand in the local market. To make a greater impact, the company’s name will be displayed under its logo of eight summits but with a change to account for the local calligraphy. So instead of a literal translation of the company’s name into Chinese, the name “Millions of Stars” will be with the logo on the different campaign supports.

For Matt Bieker, Director General and CEO of the group, this is aimed specifically at Chinese tourists, who frequently go abroad. This target group is generally made up of high roller casino fans, who wish to spend their money in a relaxed fashion far from the central power in Peking that has been involved for several years in a vast anti- corruption campaign. With this marketing campaign, the businessman wishes to showcase the group’s different properties as well as their entertainment options to find its place within the context of the current stiff competition in the market to attract Chinese tourists.

Ready for a new clientele

Along side this major campaign, the Star Entertainment management is doing everything to welcome in the best possible way, its new Chinese clientele. To this end, the group has installed terminals accepting the most popular payment methods used in China like Alipay, WeChatPay and China UnionPay. The clearly defined objective is to facilitate the Chinese tourists’ transactions during their stay. The initiative has been welcomed by the Australian tourist authorities.

Every year the country attracts millions of tourists including a large percentage of Chinese nationals. Over the past 12 months, out of the 8.3 million visitors to Australia 1.3 million were Chinese tourists. This should triple by 2028 with a large percentage of Chinese tourists and the Star Entertainment management seems to clearly want a part of this.