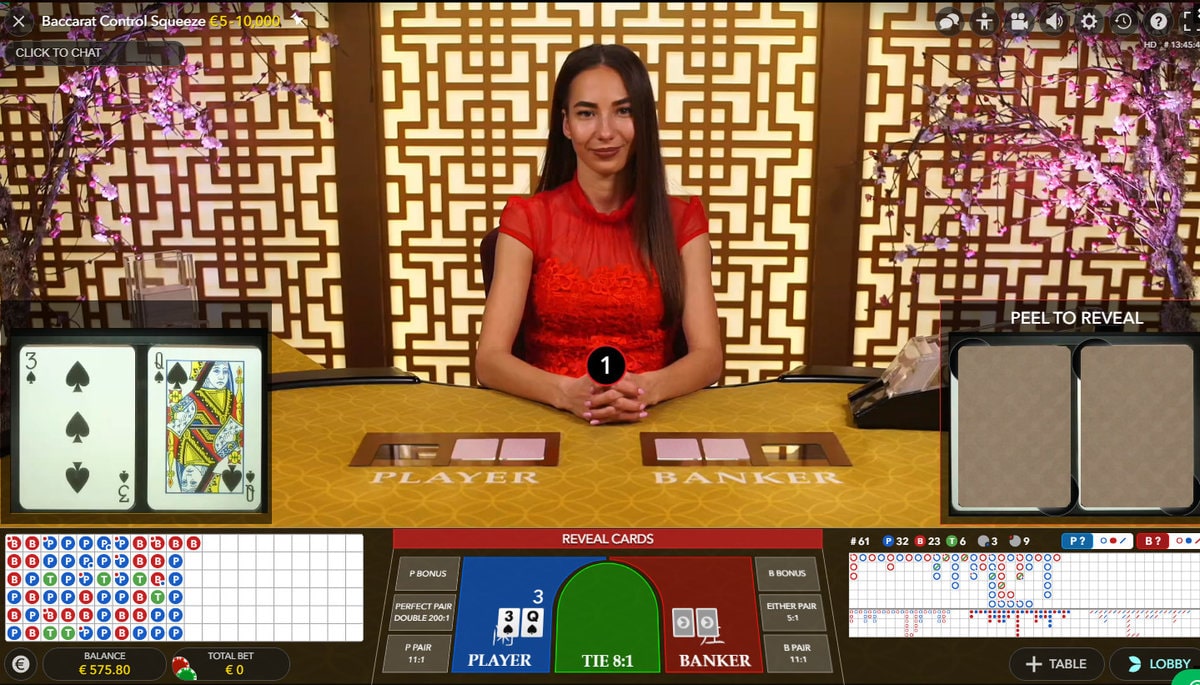 Baccarat Controlled Squeeze : You are the card master!

You no doubt already know Baccarat Squeeze, the baccarat variation launched by the developer Evolution Gaming. Well, now there is another even more advanced and more spectacular variation of the famous card game.: Baccarat Controlled Squeeze.

Also developed by the Riga based publisher, Baccarat Controlled Squeeze has been concieved to offer players a totally unique gaming experience by giving them  complete control over the the game’s progress and the live dealer’s actions.

Just to remind you, up to now Baccarat  Squeeze was the most up to date version of the game developed by Evolution Gaming. In this one, the female dealer who hosts the game increases the excitement levels by keeping up the suspence about the identity of the Banker’s card.

A complete professional, she follows a ritual while being filmed closely by several HD cameras and after this one can find out if one has won or not or if a third card needs to be drawn. Fascinating, but this form of the game did leave control of the game in the dealer’s expert hands. So no matter how pretty she is, no dealer should hold within her hands the power to make your adrelanile levels rise.

This is the idea behind Baccarat Controlled Squeeze. In this completely new version, it’s you and only you who decides which card is revealed and when this is done.

Focus on the cards

The new version just uses 5 stragetically placed cameras: one that films the dealer (especially her hands) and the other four are in position over the table with each one trained on a glass piece on which each card is placed.

At the start of the game, like in any game of Baccarat the player places his beton the Banker, on his game or on a draw. Then the female dealer places the four cards face down on the table: 2 cards for the player and 2 for the bank. As we mentioned above, each card is placed in a precise position so the cameras can see it. However at the start an optical filter hides the value of the cards and it ‘s at this stage that the player has complete control.

You have 15 seconds to reveal the cards at your own pace. You just have to move your cursor down from a corner of the card or just click on it to reveal it. If you prefer you can also let the dealer turn them over.

Depending on the value of the first hands revealed, the dealer will draw a third card for the player and/or the bank and at this point the player can also turn over the card.

The player’s experience is always Evolution Gaming‘s main concern. The developer is pulling out all the stops for this new game with all the usual functions (gaming history, live chat, various settings etc) to make each  Baccarat Controlled Squeeze game a really pleasurable time.

In which live casinos can you find a Baccarat Controlled Squeeze table?

Baccarat Controlled Squeeze was only launched in 2016  but it is now available in several Evolution Gaming partner casinos such as Dream Vegas, Play Frank and Casimba. 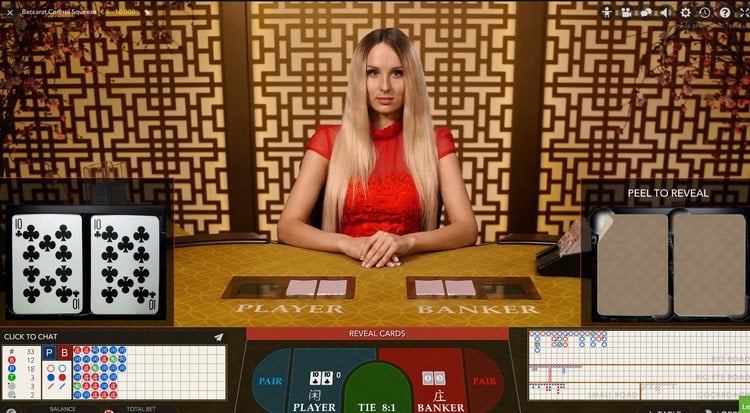