Baccarat Rules: How to play baccarat 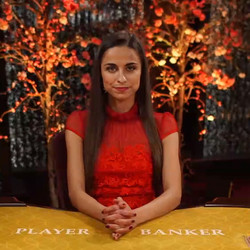 Baccarat is a simple, yet complicated, casino game. It’s a card game played with an ordinary fifty-two-card deck. It’s a 100 percent game of chance, with no special skill needed. Contrary to what many individuals believe, the rules of baccarat are very simple. A big percentage of Baccarat players don’t know these rules, as Baccarat does not enjoy the popularity of Poker, Roulette, Blackjack, and other casino games. On this article, we will look at the rules of Baccarat, for those people interested in learning this wonderful game.

Baccarat is an ancient casino game. It’s believed that it was first played in casinos around the 15th century. Both Italy and France claim to have pioneered the game, although it is unlikely that this argument will ever be settled. Baccarat means zero (0) in both French and Italian.
To begin with, this game was played with a deck of tarot cards. It was also referred as Faro or Basset, although these names have been done away with. There are three versions of Baccarat game, each one with its unique rules. Today, this game is known as the North American Baccarat or Punto Banco.

Baccarat is often played in a split casino section. The playing table is similar to a craps table, with twelve to fourteen Players and 3 casino dealers. It is played from a 6-deck or 8-deck shoe. All 10s and face cards have zero value. Cards below ten have the value of their digit. Aces are worth a point. Suits don’t matter. It is only single number values that counts. Any count that hits a double figure drops the left side figure. For example 15 is counted as 5 while 25 is also counted as 5.

There are only 2 main bets to make: Player or Banker (Punto or Banco), plus the seldom used Standoff. Some casinos have dealers while others allow the players to deal the cards in turns. In online games, the cards are generated automatically by a dealer. All the players, even the one dealing, can wager on either Banco or Punto but it’s the norm for the dealer to wager on Banco. A Player may decide not to deal, giving the “shoe” to the following or next Player. The shoe doesn’t pass if the Bank wins but if Punto wins, it passes on to another Player.

Two hands are usually dealt and the Players bet which one will carry the day, or they will tie. It is similar to betting on Red or Black at Roulette, and the win is eve money, 1 to 1 (except for a standoff which pays 9-1 or 8-1. The major difference between the Punto and Banco wager is: a win on Banco costs the player a 5 percent commission or tax charged by the casino. The reason for levying a tax on Banco is because it has been shown that over eight-deck cards play the Banco will win 3 to 4 more hands than the Punto.

Every hand is made up of a minimum of 2 and a maximum of 3 cards. The individual dealing the cards will put 2 cards, face down, hidden under the shoe, and provide the Player with the biggest wager on Punto the other 2 cards, face down. The Player views the cards and then returns them to the Dealer or Player dealing the card. Then the Dealer will turn the cards of both hands while the casino Dealer announces the outcome and the winner.
If one hand has a sum of 8 or 9 (9 is the highest), then no more cards will be dealt – this is natural. If it isn’t a natural, depending on the sum of each hand, the casino dealer may request the card Dealer to continue dealing (a 3rd time).

This decision follows a clear set of rules used by casinos. These rules are as follows (the three-card-rules):

•    If either the Bank or the Player has a sum of eight or nine on the first 2 cards, no further cards should be drawn. The outcome hand is referred as natural and the game is over.
•    If the Player’s sum is equal to or less than 5, then the Punto’s hand draws a 3rd card.
•    If the Punto doesn’t draw a 3rd card, then the Banco’s hand stands on six or above and picks a 3rd card on a sum of five or less.
If the Punto does pick the 3rd card, then the Banco’s 3rd card rule will be as shown below.

Bettors may bet that the 2 hands will finish with a similar number of points. Winning wagers on ties usually pay off at 8-1. This might sound sweet but this bet carries a hefty 9.5% house edge.

Just like in other table games, purchase chips through putting cash on the layout and requesting the Dealer for change. The Dealer cannot (isn’t allowed) to collect cash directly from a Player’s hand.
If you are the person with the biggest bet on the play and get the player’s cards, don’t look at them until the Banker and Player hands have been dealt. In addition, don’t look at the cards, if you hold the Banker hand until the Dealer has turned the Player hand up.
Baccarat Players can keep track of the outcomes of all hands, and most casinos offer pencils and score sheets to do so.
House advantage
•    Banco (banker) 1.17 percent
•    Punto (player) 1.36 percent
•    Standoff  (Tie) 14.12 percent at 8 to 1 payout