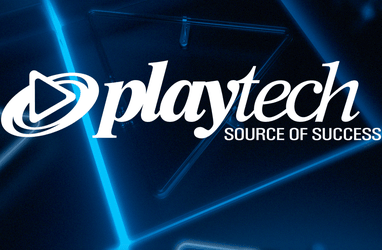 Playtech is best known for its massive catalogue of online video slots, but what many people don’t know is that it’s also the largest live games supplier in Europe and Asia.

In this review, we’ll tell you everything you need to know about Playtech with a special emphasis on its live dealer games.

There are a few other blackjack variants by Playtech including Grand Blackjack, which has higher betting limits for high-stakes players, and Soho All Bets Blackjack, in which the dealer has to stand on all 17s.

Playtech also has blackjack games in multiple languages, including English, Italian, and German.

There are a few Playtech live roulette games, and one or two of them are especially noteworthy. Let’s look at the different Playtech roulette game categories.

Playtech also offers roulette in multiple languages, including Italian, French, German, Romanian, and other languages. There are also some other variants such as Diamond, Prestige, and Slingshot Roulette.

Playtech offers a number of casino poker games against live dealers. You won’t play these against other players, but instead, you’ll go head-to-head with the live dealer.

This section will cover all of the other Playtech live games that don’t strictly fall into the categories above. As you’ll see, Playtech is always finding new ways to entertain players. We expect this list to grow a lot in the coming years.

Playtech is serious about live dealer games, and its list of games is always growing. It has stated its intentions to grow in this sector, and we believe them when they say they’ll do it. Enjoy any of the live games above at our approved Playtech live casinos.

All Playtech live games are high-quality, but if you’re looking for some advice on what to start with, we recommend Quantum Roulette. It’s exciting, easy to play, and the 500x multipliers make it worth the risk.

Are Playtech live games available at legal online casinos in the UK?

Yes, some of the biggest online casinos such as Betfair and Bet365 offer them. These are certainly legal as they hold UKGC licences which are reviewed regularly.

What’s the smallest amount I need to bet on Playtech live games?

Playtech, one of the top live dealer gaming companies, is expanding its presence in legal, regulated US gaming markets. Recently, it secured the rights to The Million Dollar Drop. This brand will strengthen Playtech’s hand in the United States where it faces stiff competition from Evolution and several other competitors.

Live gaming giant Playtech and FashionTV Gaming have launched a new, branded live baccarat game. The game is branded by FashionTV, which also owns the popular cable network FashionTV, and brings back the famous Dragon Jackpots. It’s a glamorous, stylish live baccarat game with extra jackpots up for grabs. How

As more states decide to legalize online casino games across the United States, several key players are racing to dominate the market. Last year, we reported that Michigan became the latest state to legalize and regulate live casino gaming. Evolution immediately made moves into the market, and now we can report

Live gaming powerhouse Playtech has shown more signs of growth with its recent decision to double the size of its Romanian studio. It stated that growing demand from licensees both in the European and international markets was the reason for the investment.  It’s understood that Playtech has doubled the number

Leading live games provider Playtech has officially launched a Deal Or No Deal live game show based on the classic Endemol game show. Playtech isn’t the first company to release a live dealer game based on the game show. Evolution Gaming has had one since 2019. It has proven to