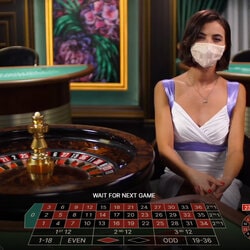 After previously opening studios in New Jersey and Pennsylvania, the new Michigan studio went live on July 22nd. Nine gaming operators, including big names like BetMGM and DraftKings, Fanduel, and six others, went live with the games on day one. Other casino operators are set to follow soon.

According to the official Evolution press release, Michiganders will have access to its signature table games, including blackjack, baccarat, roulette, and Auto Roulette. Other Evolution live games will follow as the studio gets established and the player base grows.

Evolution’s Michigan partners had already launched some NetEnt-branded games in January. The firm’s Commercial Director for North America, Jeff Millar, emphasized its commitment to the Michigan market and expressed his delight at how the partnerships were going. He also said that several operators had requested branded live table games and that the new studio was capable of hosting them.

Will Evolution Dominate the USA Market?

It certainly has a good head-start, and while competitors like Playtech should never be counted out, Evolution always seems to be one step ahead of its rivals. It was the first to open in New Jersey in partnership with Golden Nugget, and the Pennsylvania studio followed soon after legalization occurred.

While other gaming giants like Playtech should never be counted out, and new USA live gaming studios could easily pop up to rival Evolution, its dominance of the legal US live gaming market looks likely at this stage. Whatever state legalizes iGaming next, you can be sure Evolution will be first to enter the market.

What About Players From Other States?

Evolution only offers its games to players in states with fully legalized online casino gaming. Right now, that’s a small list, but a number of other states are expected to open up in the medium term. We’ll let you know as soon as they do.

Players from states that haven’t legalized iGaming yet can still sign up and play at Red Dog Casino. It offers live dealer blackjack, baccarat, and roulette by Visionary iGaming.