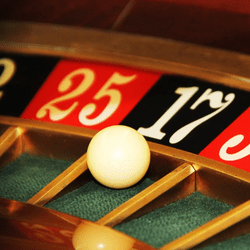 The Betting and Gaming Council, which consists of some of the biggest gambling operators in the United Kingdom, has called on the government to create a Gambling Ombudsman.

A Gambling Ombudsman would handle specific complaints about operators from players and act as an intermediary in disputes. The call to establish the Gambling Ombudsman comes in the midst of a larger review of the UK Gambling Act by the British government.

What is the Betting and Gaming Council?

The Betting and Gaming Council is an industry body that represents over 90% of British gambling operators, including casinos, betting shops, and bingo halls. This excludes the National Lottery.

It consists of some of the UK’s biggest gambling operators, such as Bet365, Paddy Power, William Hill, and several others. It works to establish a safer, better-regulated gambling industry in the UK.

On its website, the Betting and Gaming Council states five clear objectives:

It’s interesting that this affiliation of operators would call on the government to create a Gambling Ombudsman, who would presumably be holding some of them to account in disputes.

How Would a Gambling Ombudsman Work?

There are already several ombudsman’s offices in the United Kingdom. For example, the Police Ombudsman exists to independently handle complaints about and disputes with the police. The Gambling Ombudsman would work in the same way, handling player complaints and disputes about all UKGC license holders. It would apply the UK’s gambling laws to all disputes and would work to settle them in accordance with existing regulations.

Michael Dugher, the Betting and Gaming Council’s CEO, stated that its member operators were dedicated to improving industry standards and would improve the already existing procedures for handling player complaints.

UKGC-licensed live casino operators like Mr Green and PlayFrank already adhere to some of the highest standards in the world. However, it’s expected that when the UK’s Gambling Review is over, and its white paper is published at the end of 2021, it will include recommendations for improving the UK gambling industry even further.

This should lead to a better, safer, and more transparent UK gambling industry, driving up the standards even further and giving the UK an almost insurmountable lead when it comes to regulated online gambling.