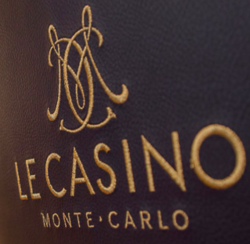 Two Italian roulette fans, barred from casinos in their own country have been sentenced to a month’s prison by the Monaco courts. Their crime: carrying out the “Top hat” cheating move at the roulette table. On Saturday the 13th of August the two 60 year old Italians visited the Monte Carlo Casino. They were spotted by the many cameras installed around and above the roulette table and also by the eagle eye of the dealers.

The Top Hat move is forbidden because it involves changing the position of the chips once the winning number is known. At the Monte Carlo casino’s English roulette table every player has different coloured chips. The two Italian friends had agreed that one of them would place his friend’s chips on to the winning number. Roulette wagers and winnings can increase drastically because by betting on the winning number a player wins 35 times the original bet or on two numbers wins 15 times the bet. So using this cheating move the Italian players tried several times to defraud the casino but their plot was spotted by the security cameras and the dealers. The Top Hat cheating move could have cost the Monaco casino 3485 euros.

Sentenced to a month behind bars

The two Italian players are barred from casinos in their own country and that is the reason why they preferred to go to Monaco to indulge their passion for the table game. The problem was that luck wasn’t on their side and so they used their Top Hat cheating move to try to fool the staff but things didn’t work out as planned. The prosecutor sought a 15 day sentence for the two players. In their defence the Italians’ lawyer asked for leniency citing the disability of one of the players and the fact that the other was a business man who doesn’t need the money to live.  However the judge didn’t see things that way and sentenced them to a month in prison.

This prison sentence might lead them to change their ways or else to perfect their cheating move that was spotted by the dealers. Of course they could always decide to play online roulette in live casinos but their move wouldn’t be very useful.